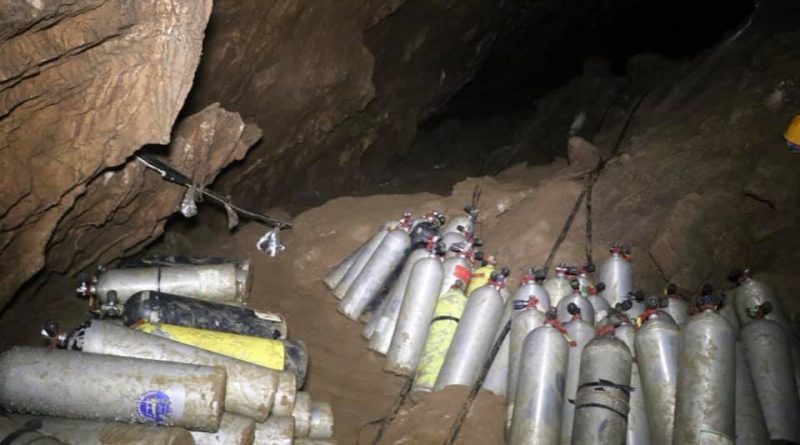 The Rescue equipment used in the football team rescue mission still remains at Tham Luang Cave. The Facebook page PR.Chiangrai, a page that shares Chiang Rai news posted some pictures of Tham Luang cave that reveals the leftover rescue pieces of equipment that have remained in the Tham Luang Cave will be closing down again beginning this February. There are oxygen tanks tied up on the walls of the cave and electric cables lining the floor of the cave.

The Tham Luang cave today remains filled with the rescue equipment that was left inside the cave as the football team is successfully rescued by local and international help from nations around the world. The Tham Luang cave will be closed beginning on the 19th of February 2019 for a big clean up and renovation to restore the cave back in its original form. The Thai Navy Seal will also be returning to the cave to retrieve back their equipment. The opening date has not been announced yet and will depend on how long the renovation of the cave takes.

The Emerald pool at Khun Nam Nang Non that is about 2 kilometers away from the Tham Luang Cave will remain open for visitors who wish to see the attraction.

Many of the rescuers involved in the football team rescue that took place including those in the Thai Navy Seal, emergency rescue teams, Vernon Unsworth and others returned for the first time ever after the incident took place on the 17th January of this year. They traveled over 2 kilometers into the cave and discovered that there are electric poles and wires, air pipes, walkie-talkies, ropes, water pumps, garbage, and over 300 oxygen tanks that remain in the cave.

FB Caption:  There are electric poles and wires, air pipes, walkie-talkies, ropes, water pumps, garbage, and over 300 oxygen tanks that remain in the cave. 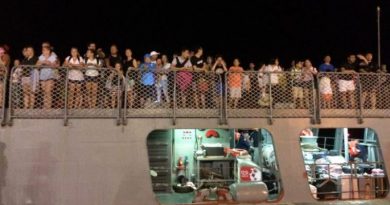