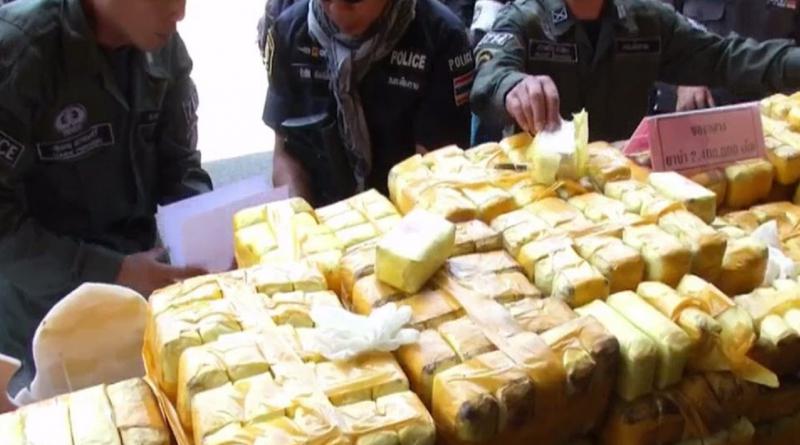 THE Army Narcotics Control Centre for the Northern Border said today (Sept. 14) that over the past one year soldiers, police and the Office of the Narcotics Control Board have seized almost 200 million amphetamine pills as well as large amounts of heroin and crystal methamphetamine (ice), Thai News Agency reported.

The key to the huge seizure of these drugs  in the northern region over the past year is the success in sharing information.

That large amounts were seized is also due to Thailand being used to transport these drugs to other countries and workers in border areas, numbering almost 10,000, being paid in both cash and drugs which turns them into drug dealers and couriers.

Top: Part of the huge cache of drugs seized in northern Thailand over the past one year. Photo: Thai News Agency