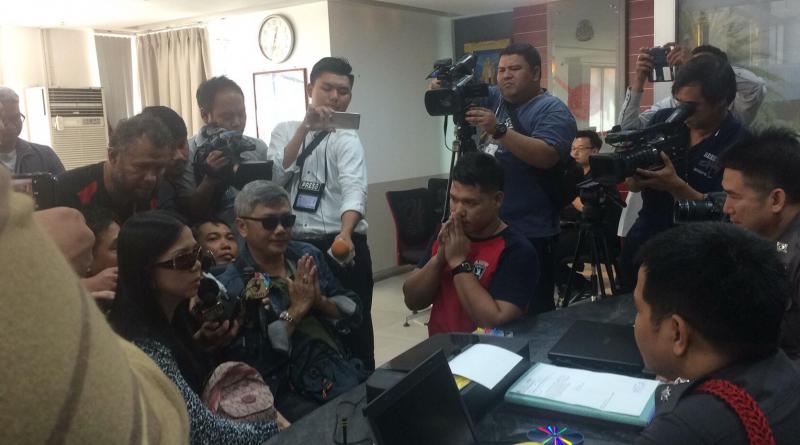 A TOTAL of 92 people died and 1,107 others were injured in 1,053 accidents nationwide during the first 2 of 7 dangerous days of New Year, Thai News Agency reported today (Dec. 30).

The Road Safety Directing Center said 32 provinces had no fatalities at all, but it was northeastern Nakhon Ratchasima province which had the highest number accidents totaling 44.

Another northeastern province, Sisaket, had the highest death toll at 7, while southern Nakhon Si Thammarat province had the most road injures totaling 48.

Meanwhile a motorist who drew a sword and threatened a family after vehicles collided at the car park of a store in Tha Phra district apologized to them today (Dec. 30), both Thai News Agency and INN News reported.

The incident took place on Dec. 27 and Mrs Phiyada Arundecha suffered an injury on her right middle finger after Mr Manu Khaleedee, who was driving a white BMW, stabbed the car.

It was Mrs Phiyada’s husband Mr Patikorn who was driving their Honda Jazz subcompact car with their son also being within the vehicle.

Mrs Phiyada said the other vehicle hit theirs and backed away as both vehicles were leaving this famous store at 9.10 pm that day.

She added that he husband got out to inspect the damage and a quarrel ensured, and while he did not use bad language, his loud voice might have offended the other party.

Manu said he did it out of anger and did not intend to harm anyone and that he bought the sword to protect himself, and was taking it home to keep but ran into this accident.

Police have filed 2 charges against him, physically harming others and carrying a weapon in the city without permit. A case was filed in court this morning and the suspect was bailed out

They have also checked his car and found that it has been properly registered.

Top: Manu kneeling and apologizing to the family he quarreled with and drew a sword against. Photo: Thai News Agency 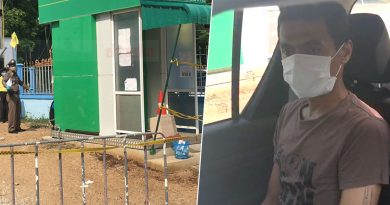 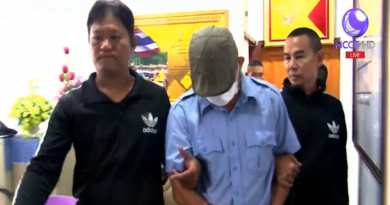