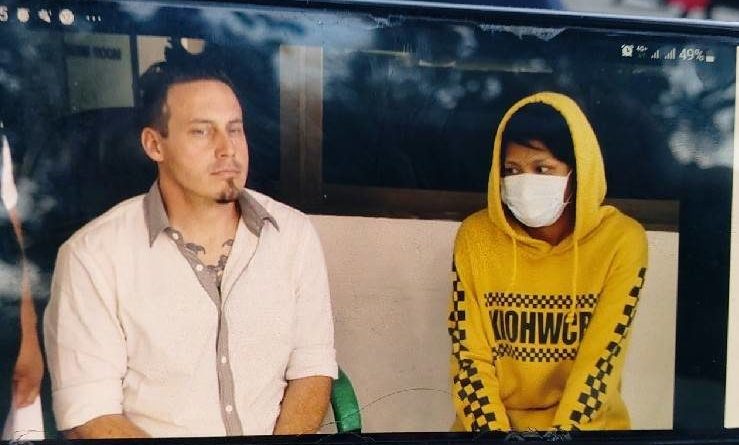 3 inmates from the Pattaya Court broke out of jail together on 4 November 2019 at 15.30. The first inmate is Noi 40 years old, Sirinpa 30 years old, and Bart Allen Helmus 39 years old. Together they used a knife to fight against police officers. Police Captain Thanamed Potipun had been stabbed and was unconscious lying on the ground. One of the men had a gun and started shooting it as a way to open up an escape path.  The 3 of them ran out of the Pattaya Court to a truck that was waiting for them on the road.

As a result, police investigation discovered 2 persons involved in the escape. Max and Orn husband and wife were arrested for helping the 3 inmates escape. From the arrest, police received information that the 3 inmates have fled into Sa Kaeo Province. Noi later contacted the police stating that he wanted to hand himself in. The police found him in a forest at Sa Kaeo.

After the arrest of Noi, officers started searching the area and discovered that Bart and Sirinpa were only about 500 meters away. The officers surrounded the suspects in a circle. When Bart realized this he grabbed the girlfriend Sirinpa hostage. The police finally caught both Bart and Sirinpa. Bart ended up shooting Sirinpa and himself while Bart was threatening to harm Sirinpa as the police surrounded him. Both have been delivered to the hospital in time.

Noi was in jail at the court for having 229,800 Yaba pills, 100 ecstasy pills, and crystal meth on him at the time of the arrest. He was the one who had the gun, which the police are working on to see how he got it. The American man was the one who stabbed the officer. He was arrested with his girlfriend for possession of 1 kilogram of crystal meth.

FB Caption: Bart was found in Sa Kaeo 500 meters away from the first suspect Noi. Bart held his girlfriend hostage and ended up shooting both himself and the girlfriend. 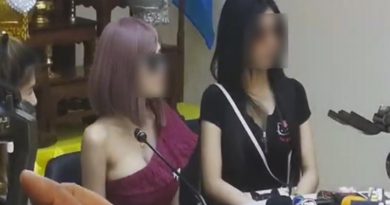