A male barber and his girlfriend were arrested for selling marijuana online through Facebook. Boonchu 20 years olf and Sukanya 19 years old were arrested on drug charges. The police received information that a facebook user named “Bongtan Kraiyangru” has been posting comments in marijuana Facebook Pages advertising that he had marijuana for sale.

The police put in an order of 50 grams priced at 2,000 THB. The bank account used to receive the money was the girlfriend Sukanya. The suspects sent the marijuana by post to an address in Samut Sakhon Province given to the suspects by the police. When the box arrived at the address it was shipped as usual by the postman, the police opened the box and found 5 bags of marijuana. On the box was only the address of the receiver, there was no address of the sender.

Officials tracked the shipment and discovered Sukanya was the one who brought in the boxes to be shipped at the post. Boonchu followed behind and used his ID card to send the boxes. The evidence was in place and was handed over to the court for an arrest warrant. The investigation discovered that Boonchu was a barber in Samut Prakan Province. Boonchu and Sukanya was successfully arrested and admitted to all charges. The young couple will be prosecuted accordingly.

Sellers are using the online platform to advertise and sell illegal goods online. They will use the post office service both the government post office and private companies post services. Most of these sales are left undiscovered to the police, that is if they do it for a short period of time or carefully. In this case, it seems that the sales were advertised publicly in the comment sections of Facebook pages that supported marijuana use. Because most of these groups are accessible to anyone with a Facebook account, it’s basically an invitation to jail.

FB Caption: The suspects used Facebook pages that supported marijuana use as a marketing platform to sell their products. 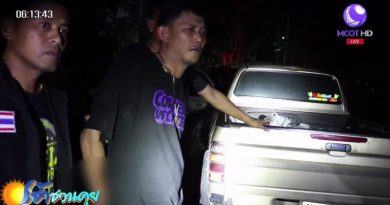 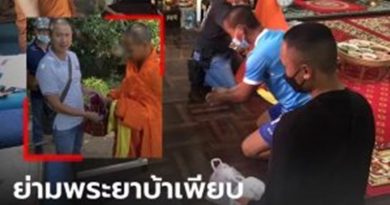 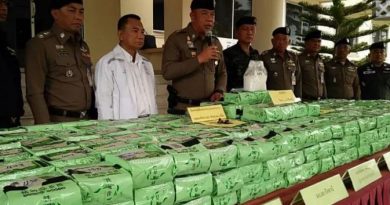