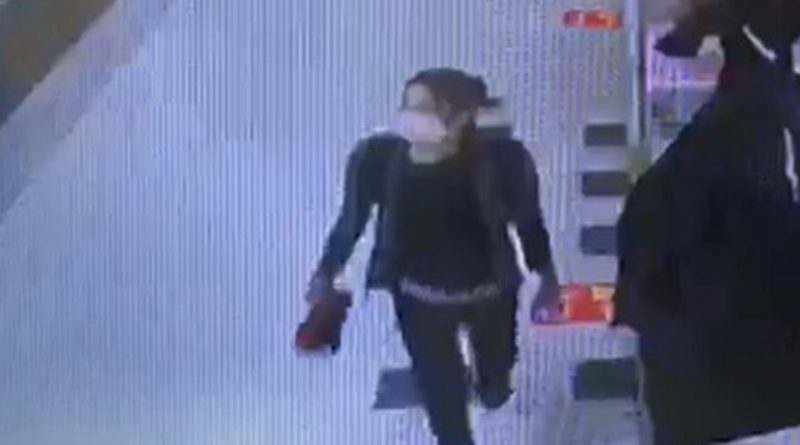 The Nonthaburi City Police arrested Sathaporn 23 years old at 13.00 on 29 November 2019 with evidence including clothes that were used to commit the crimes, a black backpack, a gold ring, gemstones, and pearl earrings.

Sathaporn a transgender woman robbed a hospital in Nonthaburi by stealing money from a donation box inside the hospital on the same day of the arrest at 1.30 in the morning. She was also suspected to have robbed a jewelry store in a shopping mall on Ngamwongwan Road, the robbery was committed on 5 October 2019 at 23.30.

When the police arrested Sathaporn, she admitted to having robbed 3 different locations. The first robbery was at the jewelry store mentioned above with damages of 217,000 THB. The second robbery was from a diamond shop also from a famous mall on Ngamwongwan Road, although having robbed a business where they sold diamonds she managed to get away with one pair of diamond tweezers. The last robbery was at the Nonthavej Hospital where she stole a donation box.

Sonthaporn Kongpetch 23 years old the suspect stated that she is unemployed and needed money to pay for damages from a car accident. She had no money and decided to commit the robberies for cash. The suspect googled online on how to become a thief by looking for ways to hide in a mall until they closed down. As a result, she discovered a way to hide in a construction site located inside the mall until the lights were shut off for the day.

The first stop was at the jewelry store, she broke into the display cabinets and grabbed what she could. She revealed that while she was leaving the construction site a security guard walked by her and thought that she was one of the workers. From the success of her first attempt at becoming a thief, the suspect went again and hid the way she did before. This time she chose a diamond store but didn’t manage to get anything valuable, only a pair of diamond tweezers. Sonthaporn then walked out of the mall to a hospital closeby and stole the donation box.

FB Caption:  The suspect googled online on how to become a thief, this lead to 3 robberies from a jewelry store, a diamond shop, and a hospital. 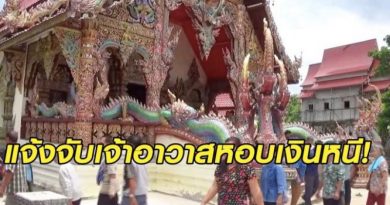 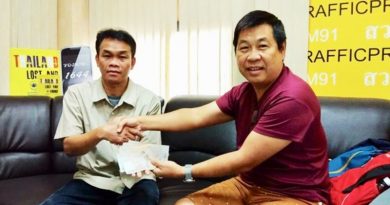 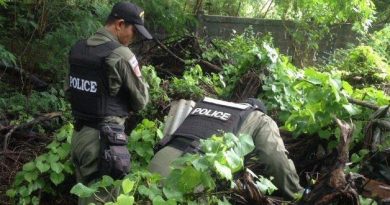 Pipe bomb near MRT station ‘ready to be triggered’