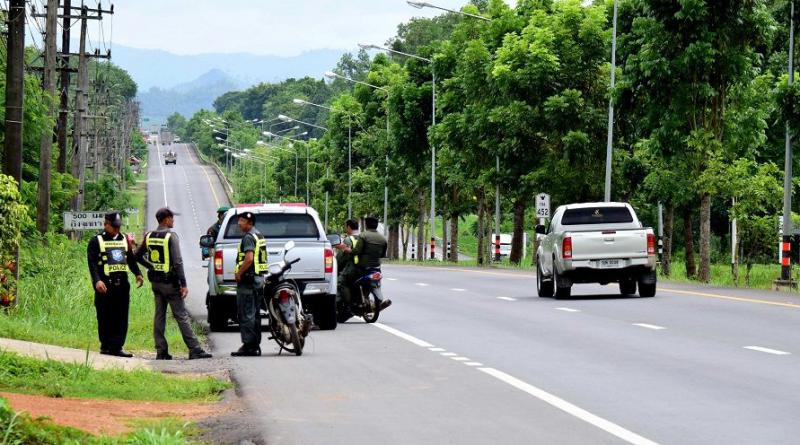 A TEAM of a hundred police officers are hunting for a drug suspect who jumped off a police pickup truck while on the way to court for an extension of detention in southern Chumphon province, Thai News Agency said today (June 30).

At 10 am today Pol. Maj. Gen. Sonthichai Awatnakulthep, commander of Chumphon police, was informed by Pol. Col. Phuthipong Panichsilp, head of Salui police station, that a 30-year-old handcuffed suspect in a narcotics case had escaped as the police pickup truck was going through Petchkasem Highway in Tha Sae district.

The hundred strong special operations and border police unit accompanied with police dogs has been hunting for the suspect at a palm plantation next to a health promotion hospital in Hong Charoen district and the Thai-Myanmar border but so far have not found him.

Top: Police at the stretch of Petchkasem Highway where the suspect jumped off the police pickup truck and escaped. Photo: Thai News Agency 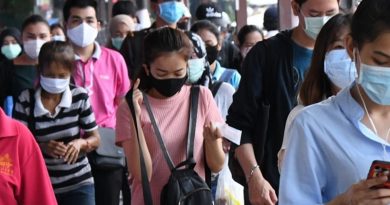