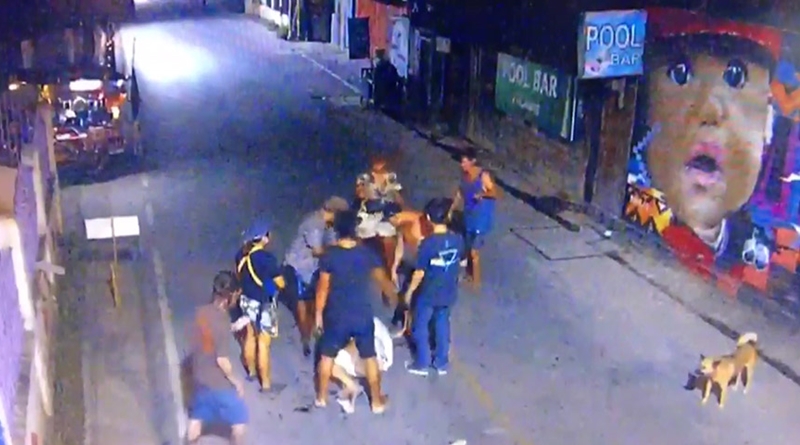 A British man was harmed in Pai, Mae Hong Son Province by 3 bar staff that stated that the man was standing in their way. The man has been injured badly and is still healing in a hospital. His Thai wife wishes for the media to help find justice as she was threatened that the other party knew someone inside who could help them with the prosecution process.

The incident took place on 20 May 2019 around 2 am. The security camera belonging to the Pai Tourist Police captured the footage that took place on a public road located in front of the Pai Wittiyakarn School. In the beginning, when the fight started each party was yelling and punching each other. Other citizens tried to intervene but the fight continued.

The 3 men kept following and trying to hurt the victim. In some moments, the 3 men were also seen trying to punch another foreigner in the red tank top. The man in red asked the men to not hurt him, so they returned to beating the victim. The victim finally couldn’t take it anymore and fell to the ground. For over 30 minutes the victim was ferociously harmed even after he was laying on the road covered in his own blood.

The victim is Luke Benjamin Thornton 37 years old from England. Luke had a fractured skull, broken nose, both eyes bleeding, and tears inside and outside his mouth. The Pai Hospital gave Luke over 20 stitches before he was transferred to the Chiang Mai Hospital in Chiang Mai Province by Luke’s wife.

Saifon Petchkrajang 33 years old wife of Luke reported that she wasn’t in the incident. She later was informed that Luke had tried to stop a fight happening between a group of bar staff and another foreign tourist. She wishes to ask for justice as after incident took place the other party called her stating that they wanted to fight in court because they knew people inside the system.

Police Colonel Suwan Tanpitak from the Mae Hong Son Police went to visit Luke at the Chiang Mai Hospital. Col. Suwan stated that the 3 men have turned themselves into the police. Their names are 1. Anupan Kong Piti 35 years old, 2. Sanpetch Robert Porter 29 years old, and 3. Kantapong Kongpka 23 years old, all 3 men work in a restaurant in Pai District. All men have been charged with committing grievous bodily harm with other participants and all 3 will be prosecuted by the law accordingly to the Thai Criminal Law.

The 3 men stated that they were drunk and Luke made them mad because he was blocking their way on the road. Col. Suwan confirmed that there is substantial proof against the 3 men, the case will be filed and prosecuted within 30 days. The Pai police have also been ordered to increase the safety for tourists to protect a case like this from ever happening again.

FB Caption: Col. Suwan confirmed that there is substantial proof against the 3 men, the case will be filed and prosecuted within 30 days. 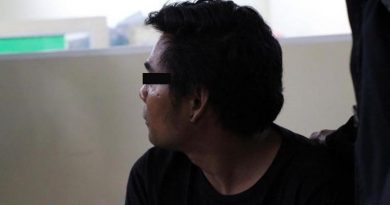