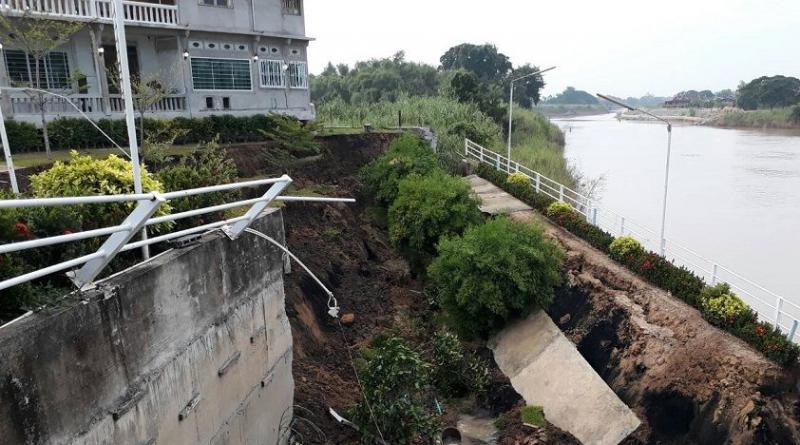 Chookiat Boonmee, mayor of Bang Ban district in Ayutthaya where the subsidence of the river bank caused the reinforced concrete flood prevention wall to sink by four meters and crash across 30 meters, suspects that this occurred because the river water level dropped very quickly with this being followed by rain water collecting which led to the earth softening. The subsidence occurred near a foundry and almost reach a nearby building and other structures. The foundry operator is getting ready to put in other pile to prevent further collapse.

Mr Chookiat said he is rushing to report the subsidence to the provincial authorities to prevent it from spreading. 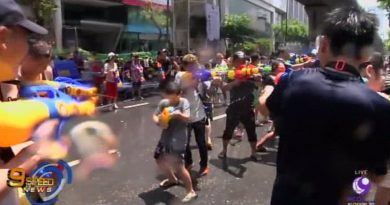 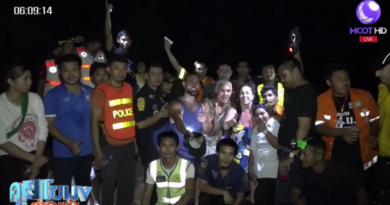 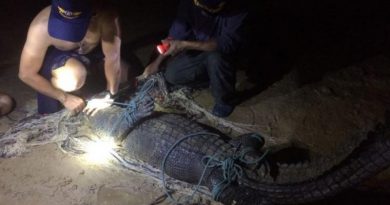