A young girl was left behind in a school van resulting in her death. The mother and father are devastated and the school’s way of dealing with the issue is very unprofessional. A teacher stated to the mother that they noticed she was missing but the girl often misses school so they didn’t bother to call the parents. Jihoon 7 years old studying in grade 2 in Chonburi Province is the victim. The parents are still questioning the cause of death and wants someone to take responsibility. The parents went on a Thai talk show named Hone-Krasae which covers important and trending incidents in the country.

The show aired on 31 August 2022 with the host Kanchai, the mother, father, auntie, a doctor, and a lawyer. Jihoon is an only child and went to school on the van as usual everyday. She is a playful child and would talk to everyone. In grade 1 she got Covid-19 which resulted in taking many days off and the family decided for most of her time in school to be done through online schooling. She returned to school at the end of grade 1 but only for a few days. Then since grade 2 started she has gone to school as usual everyday and hardly took any days off. On the 30th the mother delivered her to the bus. Her mother went to wait for her daughter at 4 pm which is usually when she arrives home. She waited until 5 and was wondering why she was not home yet. Then a school van came to where she was waiting with 3 teachers who came out.

One teacher was the driver, one was her main teacher, and the other she did not recognize. They would not tell her what was wrong and the mother asked to tell her where her daughter is. Then one said that her daughter was not breathing anymore. The mother did not expect to hear this as this was the worst case possible that can happen. The school claims the doors were not locked but this doesn’t make sense as the mother stated her child knows how to open doors and how to honk the car horn. The windows are also very clear and how did the 2 teachers inside the van did not notice she was left behind in the van. The family plan to continue investigating the case and find out the cause of death. They also did not deliver her to the hospital and the mother went to the school and found her child still sitting in the seat.

FB Caption: When a teacher finally noticed she was missing, the school didn’t bother to call the parents. When the child was found it was already too late. 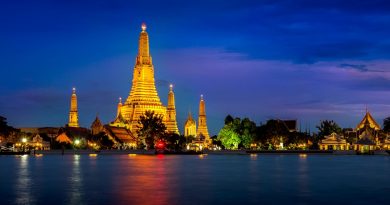 Reasons to Pick a Hotel Near the Chao Phraya River