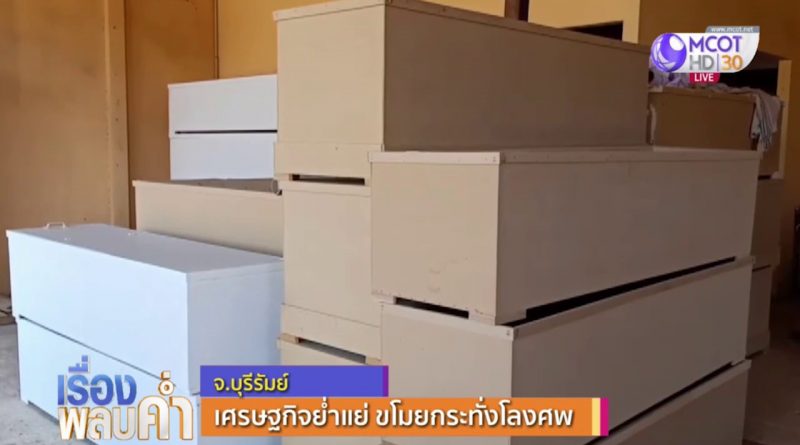 The Sanook news team was notified of a coffin store robbery in Buriram Province on 3 December 2019. The owner of the store revealed that this happens on a regular basis but this time the thief chooses to steal one of the more expensive options. He usually doesn’t complain much as he understands that death affects a family emotionally and it can become a pricey process.

Jamnong 50 years old stated that his coffins disappear all the time. Usually, the coffins that go missing are the cheapest ones ranging from 600 to 800 THB. Every time this happens he just lets it go and doesn’t mention it to the police. He understands that financial death can come with a financial burden and struggles to set up the funeral.

Then the latest coffin theft took place on 30 November 2019 when a coffin priced at 4,500 THB was stolen from his store. He is not sure whether the person who took the coffin truly needed it or was it stolen with the intention to make some money. He still hasn’t filed a report with the police because if the person really needed it then he’s happy to give it away. Jamnong also stated that he doesn’t mind if someone came to him directly and asked for a coffin or a discount.

Although he understands the circumstances, Jamnong admits that he wants the thieves to think about his situation. Every coffin has a cost and lately more coffins have been disappearing that is making his business lose money. He has no profit and as a result, decided to install security cameras inside the store. From now on he will start filing reports with the police and will be pressing charges, especially to those who are stealing the coffins to resell them somewhere else.

Somkiat one of the coffin makers stated that the store is open at night but it’s often left empty with no staff. The phone number is placed in front of the store and customers will usually call before taking a coffin and then the payment is made later on some other day. Villagers in the area know this tradition but lately more people have been taking advantage of the owner’s trust.

FB Caption: Jamnong 50 years old stated that his coffins disappear all the time. Usually, the coffins that go missing are the cheapest ones ranging from 600 to 800 THB. 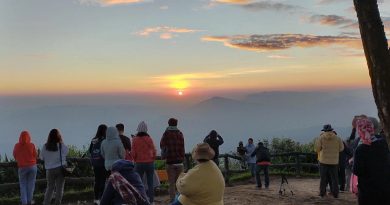