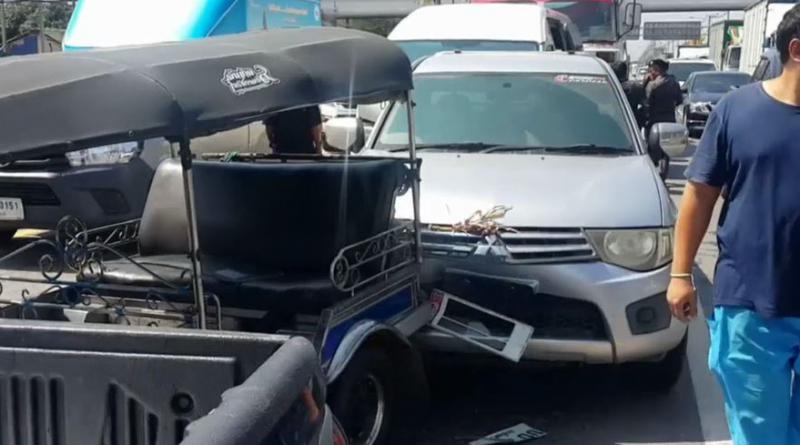 At 9.59 am Chachoengsao police and rescuers rushed to clear a multi-vehicle pileup at an intersection on Road 306 in Bang Pakong district where a concrete mixer truck had hit a Bangkok van which in turn hit a pickup truck that then slammed into a samlor which smashed into a sedan while all were waiting for the traffic lights to change.

Two persons traveling the van were seriously injured and were sent to a hospital while a few others suffered minor injuries on their limbs.

The driver of the concrete mixer truck, who has been arrested by the police, told them that he was driving along this road to deliver concrete to a client and braked when he saw the red light but the brakes malfunctioned so he hit the vehicle in front of him

Top and inset: The pileup at Chachoengsao this morning. Photo: Thai News Agency 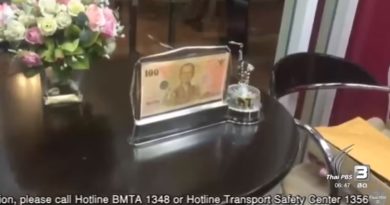