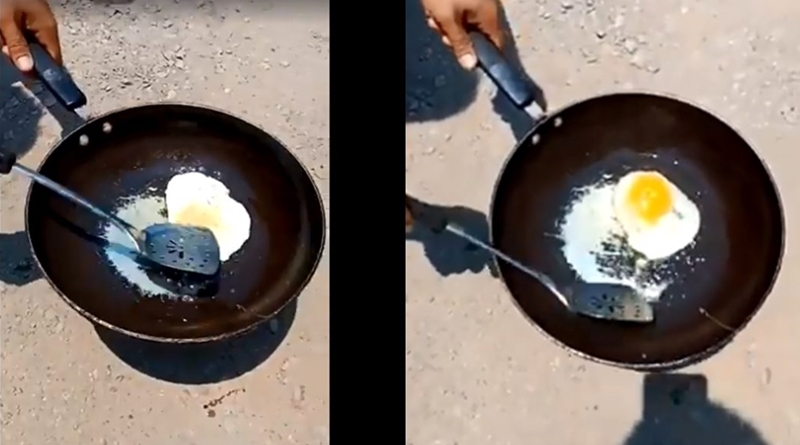 The Technology Crime Suppression Division or the TCSD has come out and said that the video uploaded by Social Media user showing an egg being cooked in Lampang weather might be violating the Computer-related Crime Act B.E 2550 (2007). The specific Section that might be in violation is Section 14 on offenses of forged computer data, false computer data, and any computer data. The full section will be provided below for educational purposes.

The video was uploaded by a man on a Social Media platform that showed a frying pan left out in the bright sun for 15 minutes, the man then cracked an egg onto the pan and showed the egg cooking.

After the video went viral, the man came out and admitted that the video was fake as he had placed the pan on a stove for a while with some oil before he moved the pan into the sun. The man claims that the video was made by him and 3 other friends with good intentions, they only wanted to have some fun.

Police Colonel Siriwat Deepoh from the TCSD stated on the 19th of this month, he wants to warn other people who are planning to make these types of videos to not do so, it is risky and might be in violation of the law. This is considered as spreading false information to the public. If the people are shocked from what they see into believing information that is not true, the act will be in violation of the Computer-related Crime Act B.E 2550 (2007), Section 14.

Even Though if the video can be deleted by the uploader later, other people who have seen and downloaded the video can keep on sharing it. Once something is uploaded online, it will remain in the system forever.

Lastly, he wishes to inform Social Media users to be careful of your actions online, as it can affect the public. Think carefully before doing something, you have a chance of being prosecuted under the Cybercrime Act. This specific Section 14 has a punishment of imprisonment for up to 5 years and a fine of no more than 100,000 THB, or both.

Section 14. (unofficial English Translation by the Campaign for Popular Media Reform edited and corrected by thainetizen.org)

Any person commits the following offenses shall be subject to imprisonment up to five years and a fine not exceeding one hundred thousand baht or both:

(1) put into a computer system forged computer data, partially or entirely, or false computer data, in a manner that is likely to cause damage to a third party or the public;

(2) put into a computer system false computer data in a manner that is likely to damage the national security or cause panic in the public;

FB Caption: The video showed a frying pan left out in the bright sun for 15 minutes, the man then cracked an egg onto the pan and showed the egg cooking. The making of such video might violate the Computer-related Crime Act B.E 2550 (2007), Section 14. 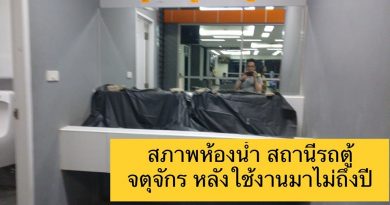 What the Chatujak Van Terminal toilet looks like in less than a year. 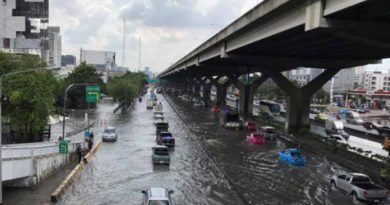 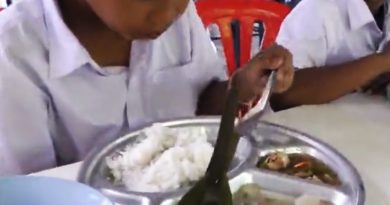