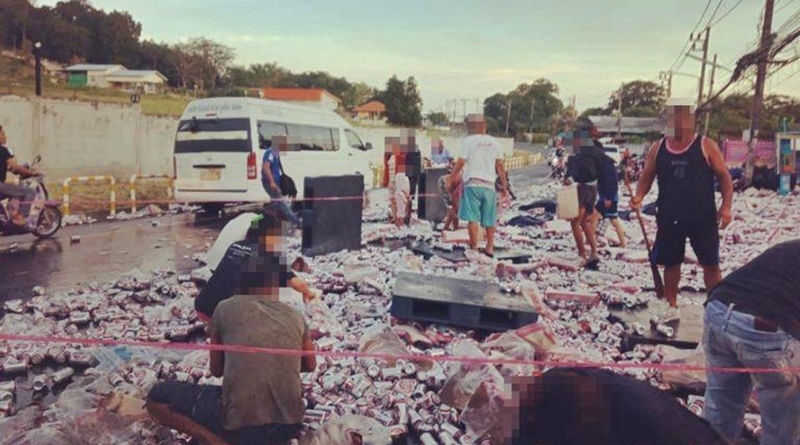 A beer delivery truck was on its way to deliver beer cans to a convenience store in the main city of Phuket on 11 January of this year when an accident caused the beer cans to drop down onto the road. Suddenly, the locals in the area who saw what had happened along with drivers on the road parked their cars and grabbed whatever bag they had on hand to fill up as many beer cans as they could and drove away.

The story was shared on Facebook by “Nang Sue Pim Tai Santisuk” a page specializing in Southern Thailand News. The original post was by user Mana Sombat who took a video of the craziness that showed locals rushing in to gather up all the beer that they could into giant bags to take it home.

Looking from a radical viewpoint, the beer was meant to be delivered to the convenience store which would then continue to sell the beer to their customers in exchange for money. Because the beer didn’t make it to the store stock due to an accident that caused the beer to slide down from the truck does not suddenly make the beer free. A Twitter user Nalinee OPLE also posted some pictures of the incident online along with tweeting that there was a person yelling at the locals who were picking up the beer cans that it is illegal to take the beer home, but sadly no one cared and continued to take advantage of the situation.

Netizens expressed their opinions on the matter, where most agreed that the act of grabbing the beer and taking it home is equivalent to theft. There was no express permission given and people were simply taking advantage as they know that the truck driver along with the convenience store staff would not be able to clean up the mess in time or stop them from taking the beer. The police can press charges on those who took the beer even if the owner doesn’t want to press charges. FB Caption: People rushed in with large bags and filled up as many beer cans as they could and drove away. 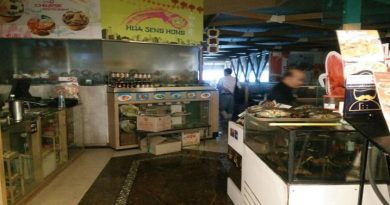