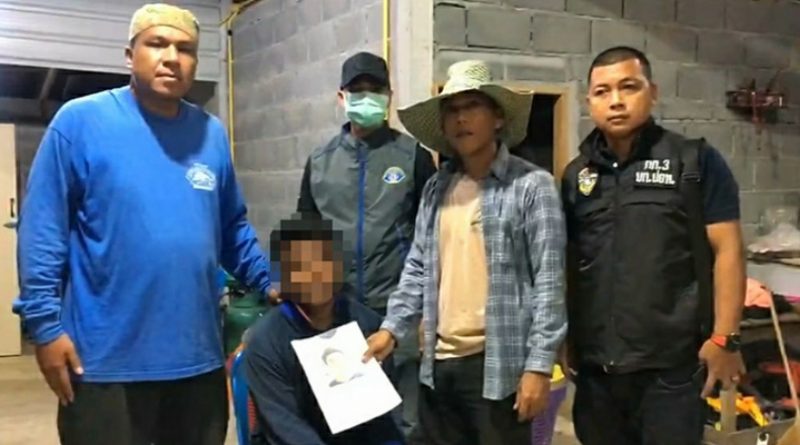 Officials arrested the member of a fake police gang that previously stole a motorbike. The gang acted as traffic police, they pulled over a motorbike driver then pretended as if they wanted to inspect the vehicle before driving away. Crime Suppression Division (CSD) officials arrested Thawatchai 32 years old known as beer, wanted by arrest warrant no. 441/2559 issued by the Nakhon Si Thammarat Court on 14 December 2016. The suspect committed robbery using a gun and a vehicle. Thawatchai was arrested in front of a rented home in Chang Klang District, Nakhon Si Thammarat Province.

On the night of 7 November 2016, Beer and his group of 3 friends were driving around on a motorbike in the main city of Nakhon Si Thammarat. While the group was driving the victim drove past them on a motorbike alone. The group pretended to be police and pulled the victim to the side of the road. They then pretended to inspect the vehicle before pulling out a gun. The group threatened the suspect to hand over all the cash he had but the victim was not carrying any money at the time. The group then forced the victim to come off his motorbike. The gang then jumped on the motorbike and drove away, leaving the victim alone with no money by the road.

The victim went to file a report with the Nakhon Si Thammarat police about the crime. Officials started an investigation that led to the arrest warrant being issued. On 24 June 2020 Police received information that Beer was hiding in Chang Klang District working as a Durian fruit buyer in the province. Officials went to the location and found Beer, they arrested him on the spot. Beer currently denies all charges and claims that he never pretended to be a police officer nor has he stolen a motorbike in the past.

FB Caption: The gang pretended to be police and pulled over the victim, they took out a gun and stole the victim’s motorbike.

Grandpa returns from death with a craving for blood. 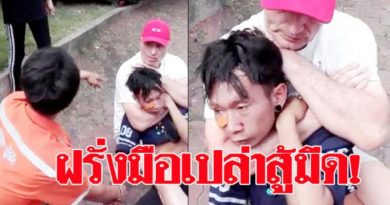