Fight erupts as customers wait to buy marijuana trees. Customers are annoyed as the queue is full everyday to buy marijuana trees from the Maejo University. Marijuana has recently become legal in Thailand and the people are excited to get their hands on it. The incident took place on 15 June 2021 in front of the Maejo University in Chiang Mai Province. Those who secured their purchase waited in line to pick up their trees. There are also walk-in customers who come to secure their spot but there are limited trees that can be sold per day.

As people wait patiently a man around 50 years old became angry and stated he traveled very far to buy a tree but the daily limit had been filled. He would not give up and insisted to employees working at the university that he wants a tree. He stood in front and complained about how there should be more product available. Employees tried to calm the man down but it did not work. He became even more enraged and went in to punch an employee in front of a truck carrying marijuana trees. Other customers were shocked and did not know what to do. A good citizen stepped in to try and stop the man but he was punched in the face. He also received an injury in his feet that resulted in bleeding.

The Maejo emergency team arrived and made sure the good citizen was safe. The angry man was separated from the area. Maejo University has been selling a cannabis strain named Maejo 03 since the 10th. The trees are sold out everyday and there is an online reservation system that allows 80 purchases a day with a limit of 5 trees per purchase. Doctor Sudked Sakunthong from the university stated the trees are sold at 30 THB per tree. The purpose is to give people access to marijuana for health reasons. More than 50,000 trees have been sold and the university is doing their best to bring out more product.

FB Caption: The customer became enraged as he arrived too late. 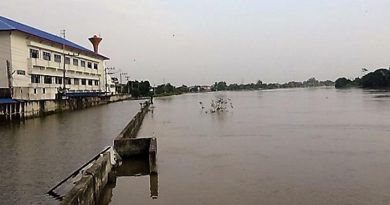 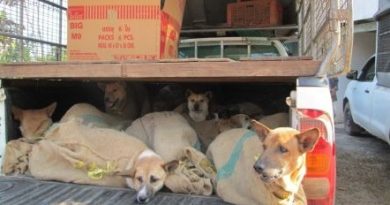 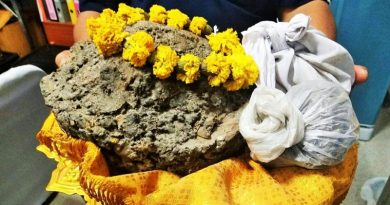