A fire started in Poomjit, Prakanong, Rama 4 Road. The emergency line 199 received a call at 13.25 stating that there was a fire burning multiple homes on Rama 4 Road. The local rescue team and officers from the fire department went to put the fire out. (July 26, 2019)

When the team arrived they discovered that the fire was spreading quickly to other homes in the area, the notification stated that 4 homes were on fire but the flames spread so quickly that a total of 10 homes were heavily burned. The cause of the fire is still unknown.

The rescue team and the firefighters worked together to try and control the flames. Even with so many officers, it took over 1 hour until they could manage the flames from spreading to other homes in the area. The group of homes where the fire was at had extremely small roads making it very hard for fire trucks to drive in. The team had to climb over the roofs of other homes in order for the water to reach the flames.

A total of 10 homes were affected by the fire. 5 were detached homes, and 5 were 2 stories townhomes. The reason that the fire spread so quickly was that the base of the homes were all made from wood.

None of the residents or local villagers were harmed in the fire. But, there was a member belonging to the Thonglor Rescue Team named Chanagarn Tonoi 45 years old who suffered from smoke inhalation, she was delivered to the Camillian Hospital located in Sukhumvit 55 Road.

The cause of the fire is still unknown. The local investigation police are working on finding the true cause behind the deadly fire that took place on Rama 4 Road.

FB Caption: The fire was so bad that the local rescue team and the firefighters took over 1 hour to control the flames. 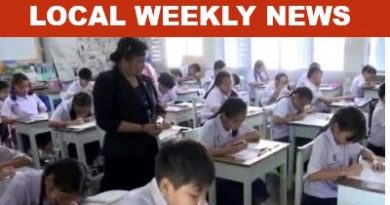 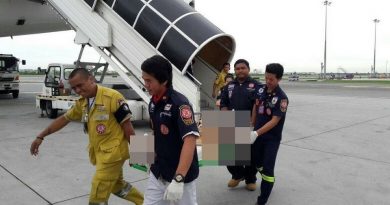