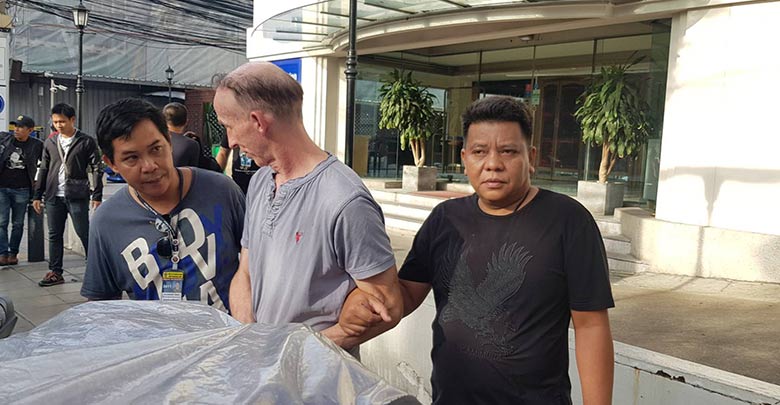 A Foreigner was arrested after he had robbed a currency exchange counter in a bank on Sukhumwit Road, Bangkok on 16 October 2019. The Thonglor Police worked with the Immigration Police and the tourist police successfully arrested a male foreigner, there hasn’t been any confirmation to where he is from.

The foreigner had used a knife to rob a currency exchange center that belonged to the Government Savings Bank in the Sukhumwit area, Bangkok City. He was arrested in his room located on Sathorn Road near Saint Joseph Convent School. The suspect was arrested one day after he committed the robbery on 17 October 2019 at 16.30. The officers are investigating to find the cause of the robbery and where his intentions are, including the mental state of the suspect.

The foreign man walked to a Government Savings Bank Currency Exchange Counter in Bangkok before suddenly pulling out a knife and threatening the clerk to give him all the money inside. He then ran away from the bank and got away on a Win Motorbike Service that happened to drive by at the moment.

The Thonglor Police were notified of what had just happened. The Immigration Police and the Tourist Police were contacted for further assistance in relation to the matters in the case. Together they checked where the incident took place and the area around to look for evidence. The footage from the security cameras revealed information that helped lead officials to the location of the man. The man was arrested within 48 hours after the crime was committed. He is seen in the picture below being held by two undercover officials at the moment of his arrest.

FB Caption: The foreigner had used a knife to rob a currency exchange center that belonged to the Government Savings Bank in the Sukhumwit area, Bangkok City. 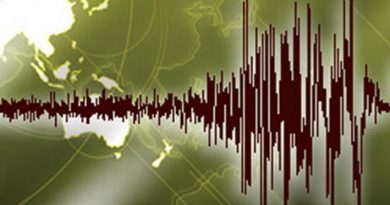 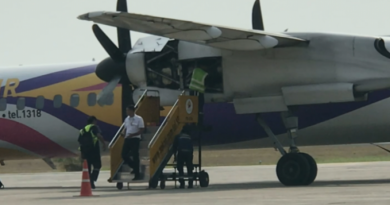 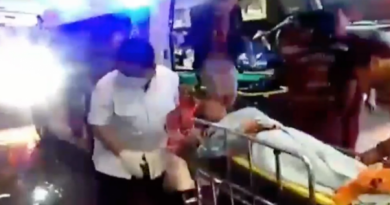 Students rushed to hospital after traveling in airless van