A fruit juice factory has gone up in flames in Samut Prakan Province. Flames continue to rise from the building and the walls are starting to crack. Employees flee as the factory has a large stock of hydrogen tanks. The Samrong Tai Police Station in Phra Pradaeng District received notification on 16 May 2022 at 11.45 of a fire in Pan Siam Food Products Factory. The factory mainly produces fruit and vegetable juice. The local fire station was notified along with nearby fire stations. Together almost 30 firetrucks headed to the factory.

The fire started inside a large warehouse used to store the products. Black smoke covered the area. Officials rushed in with equipment and had to break a wall for entrance into a water source located behind the warehouse. The front of the factory is narrow and there is no space for the firetrucks. After 2 hours the team still could not control the flames. There are popping sounds coming from inside the warehouse. The walls surrounding where the fire is believed to have started has cracked from the flames. Officials fear that the fire will continue to spread to nearby buildings.

Nueng 46 years old an employee at the factory stated there is about 200 employees. The fire started near lunch break when he noticed a burning smell. Not long after smoke started to rise from the warehouse that is used to store cardboard and plastic. The alarm ringed and employees started to run. There was no one inside the warehouse when the flame started. Officials have announced a state of emergency level 2 as there are many large hydrogen tanks in the warehouse. An investigation to the cause of fire will start after the team is able to control the fire. So far no one has been injured and hopefully it remains that way.

FB Caption: The fire continues to grow and there are large hydrogen tanks inside the warehouse. 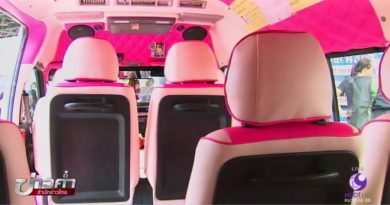 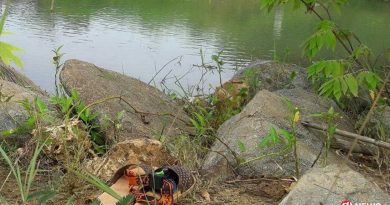