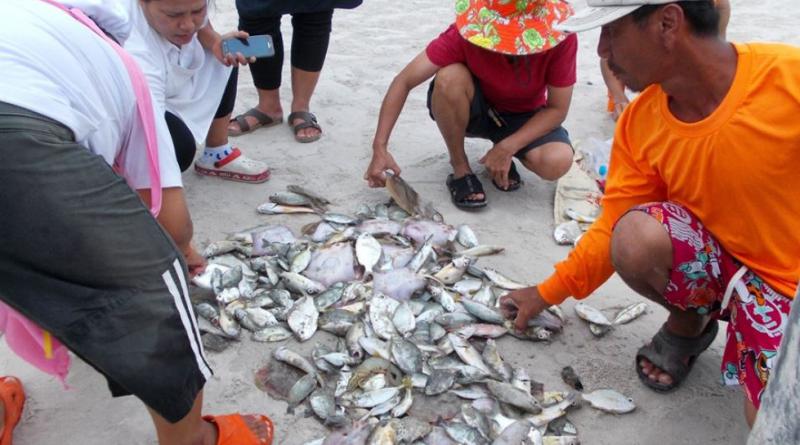 Since early this morning lots of residents brought their nets, traps and harpoons to collect marine animals such as fish, prawns, mussels and crabs which had swum ashore to get oxygen  after heavy rain in Hua Hin municipality led to a huge outflow of rainwater into the sea which depleted oxygen content in seawater.

The whole beach from the dock till the wall of Klai Kang Won Palace, a distance of 2 kilometers, was full of these marine animals. Both Thai and foreign tourists took photos of the fun activity and posted them on social media with those collecting the fish able to pick a big variety to take home and cook and also sell to traders who had flocked to the beach.

While a fish kill is disturbing, residents said the situation will return to normal again after it stops raining and they also confirmed the seafood collected from the beach is good to eat as this event occurs every year here. 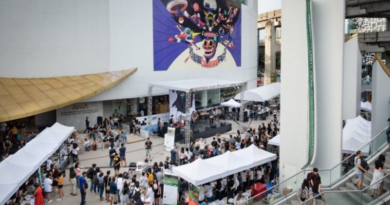