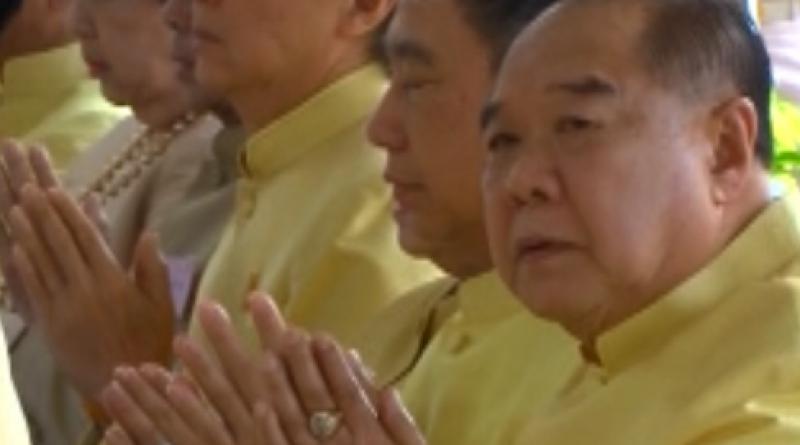 DEPUTY Prime Minister and Defense Minister Prawit Wongsuwan fended off intense media focus on a diamond ring he wore at the official photo-taking session of the Prayut 5 Cabinet by saying that it is an old one which he habitually wears, INN News reported today (Dec. 5).

As Prime Minister Prayut Chan-o-cha and his new cabinet posed for a photo at the Government House lawn yesterday, Gen. Prawit’s ring glittered in the sunshine as he shielded his eyes with his hands, and reflected the rays onto photographers and reporters standing in front of him.

The media also speculated on the watch Gen. Prawit was wearing. Gen. Prawit said he does not know why his ring and watch are attracting so much attention, pointing out that the ring is an old one, with the diamond being just 1 carat, and that he routinely wears it.

He added that he only has 3 to 4 rings and that it was an accident that this one reflected the sun’s rays onto the press yesterday.

Top: Gen. Prawit wearing the ring that is much talked about. Photo: INN News 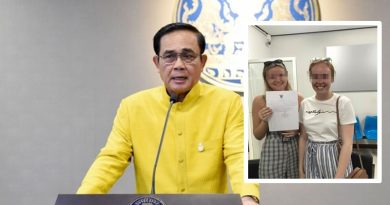