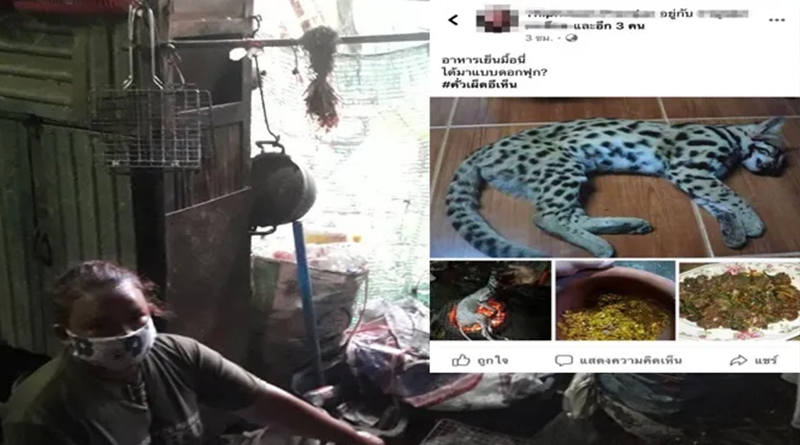 A girl posted pictures of a dead leopard cat cooked into food, this includes a picture of the cat being grilled and cooked into different dishes. It is not clear whether she hunted the cat, found it, or bought it from a seller. Netizens strongly disagree with what the girl is showing off to the world as leopard cats are a protected animal in Thailand. The girl captioned the post “Tonight’s dinner. Did I get it by accident? Fried spicy leopard cat”. After the post went viral, the public asked related officials to take care of the situation.

The National Park, Wildlife and Plant Conservation Department (DNP) addressed the issue on the department’s PR Facebook page. The PR team stated that there was a Facebook user who posted pictures of a leopard cat being cooked into food on 13 April 2020. Officials have investigated and discovered that there are 4 individuals suspected in this case. 3 of them have access to the same Facebook account and 2 are involved in the case. Officials have found the names and phone numbers of the suspects. One lives in Betong District, Yala Province and the other suspect is her relative with no clear address.

After the post went viral and received strong backlash from the community, the account deleted the post along with shutting down the Facebook account. The DNP states that they have captured the post and collected all the necessary evidence in the case. Their actions have affected the community and the case has been sent to the Yala Police. Officials in the DNP have also received orders to find and arrest the individuals involved. The department thanks every person that sent information in on the case.

FB Caption: The girl showed off the dead leopard cat on the grill along with telling the world she was having a spicy leopard cat for dinner. 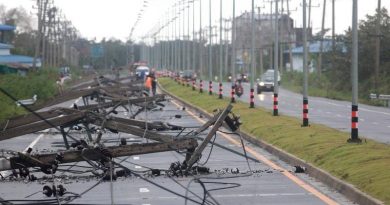