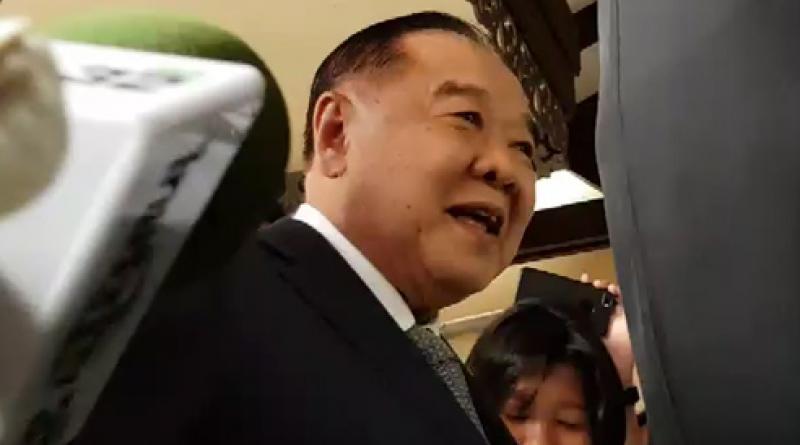 DEPUTY Prime Minister and Defense Minister Prawit Wongsuwan surrounded himself with over 10 bodyguards as he dodged the press after attending a seminar this morning (Feb. 2) , INN News reported.

After presiding over a seminar on an action plan to verify the nationality of foreign workers from 3 countries, General Prawit greeted and smiled at the reporters normally, but refused to give them an interview.

The reporters tried to ask Gen. Prawit about petitions and online polls that have sprung up asking whether people want him to take a break or continue working as he is currently doing, with this coming after he announced that he would be willing to quit if the people wanted him to do so, but did not succeed because he refused to answer.

According to Bangkok Post, huge majorities of respondents to these online polls said or voted that they wanted Gen. Prawit to quit.

Moreover, a group of 50 people also showed up at the Defense Ministry to give Gen Prawit moral support.

What reporters noticed today was that Gen. Prawit used over 10 bodyguards to wall himself off from the reporters and stop them from getting close.

The bodyguards also told reporters to stop asking questions as Gen Prawit got into the car to leave. 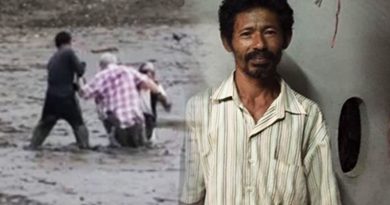 Mr. Chud, the Hero that is suffering from his good action. 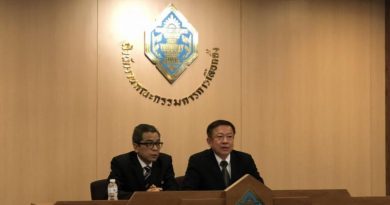