An Israeli man has been arrested with a rifle and magazines before he flew into Bangkok. The man is 29 years old and had 55 bullets with the weapon. The man is already in Thailand and wanted to fly from Phuket to Bangkok. A Facebook page named “Phuket and Andaman News” posted the story online on 29 October 2022. Officials inside the Phuket International Airport arrested Chamun Farjun 29 years old from Israel. The suspect was arrested for carrying weapons. Inside his suitcase was a rifle with magazines and bullets.

Officials spotted the weapons after his suitcase was scanned into the system. Chamun’s destination was Bangkok. The suspect admitted the weapons belonged to him but did not state what it was used for or plans of using it. He will be prosecuted in the cases relating to owning a weapon without a license. Chamu was arrested then delivered to the Saku Police Station in Phuket Province. Chamu traveled into Thailand from Tel Aviv on 13 November 2018 and stayed in a hotel located in Koh Samui, Surat Thani Province until the 29th. It is unknown where he has been until the day he was arrested since leaving the hotel.

Small guns in Thailand are legal with a license. In Thailand about 1 in 10 people own a gun legally. The official population number is 66.7 million and there are about 6 million registered guns. It is estimated by the Small Arms Survey done by the Graduate Institute of Internation and Development Studies in Geneva, Switzerland in 2017 that the total number of guns in the country is at 10,300,000. This includes both legal and illegal guns. This is an average of about 15.1 guns per 100 civilians. The process to get a firearm license in Thailand is not easy and requires reasoning to why you need the extra protection. Fun fact is only Thai nationals are allowed to purchase guns and bullets. The law is governed by the the Act Controlling Firearms, Ammunition, Explosives, Fireworks and Imitation of Firearms, B.E. 2490 (1947). 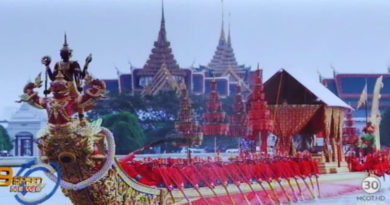 Royal Barge Procession in honor of HM the late King 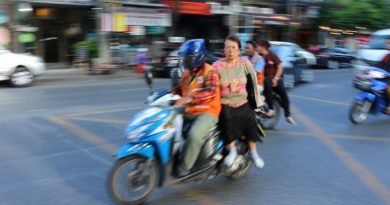