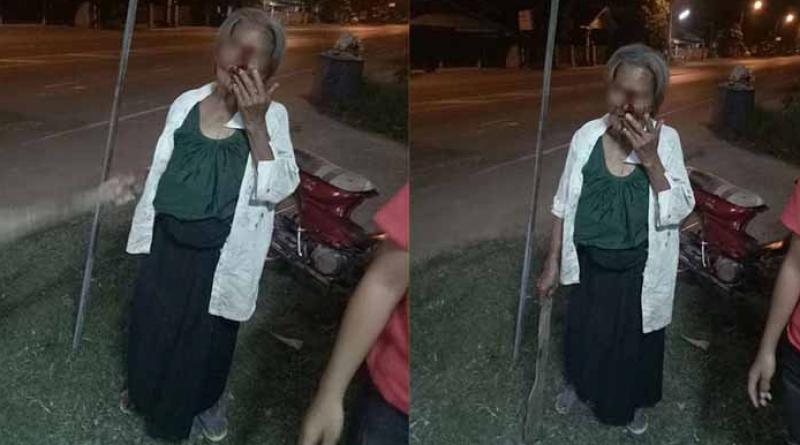 THAI netizens roundly lashed out at a man and urged police to quickly arrest him after he beat up his elderly mother so badly she left the house and asked strangers to take her to her relatives’ place for assistance, Sanook.com reported today (Aug. 6, 2018).

Facebook member Thanyarat Jaitham shared a photo of this elderly woman, who could barely see with blood flowing down her face, hobbling out of her soi in northeastern Nakhon Ratchasima city seeking help.

Her relatives have now taken her to a local hospital, and she related that her son threw a big stick at her face leading to profuse bleeding.

In a post accompanying the photo Thanyarat said: “Saw her walking out of the soi, and almost started crying ,why would her son hurt her this badly?

“Being a mother how hurt she would be and as her son why doesn’t he realize this?  I am not her child or grandchild but got a big shock seeing her this way, how can you beat up your mother this badly?  Today it is this much, in future how much worse would it be?”