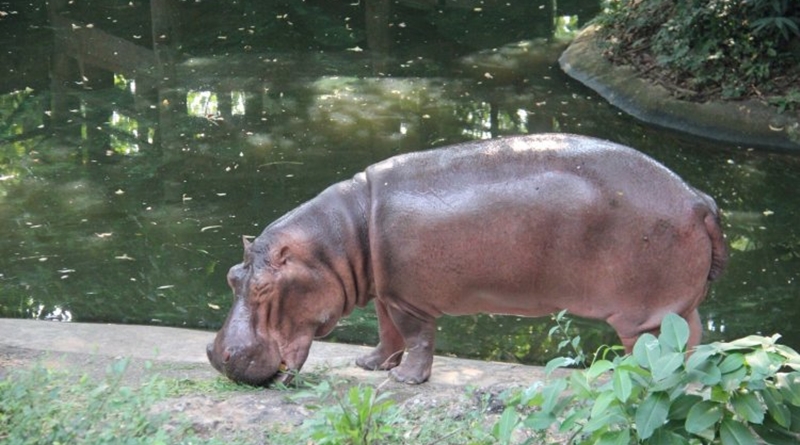 The famous hippo Mama Melee is known to the locals as “Mae Malee” has now arrived in Khao Kheow Open Zoo on December 18. On December 21 Attapol Srihaerun the Director of Khao Kheow stated that Mama Malee is the oldest hippo in Thailand, standing strong at 52 years old the female hippo has arrived safely from Dusit Zoo. Mama Malee has been resting from the long ride since she arrived. She has gone through health checks which have revealed that she is healthy and happy. Zoo officials that have been taking care of her stated that she has been sleeping and rolling around in the water cheerfully since the arrival, it seems that she likes it at Khao Kheow Zoo. The zoo has been stuffing Mama Malee up with her favorite food, freshly harvested grass.

Attapol stated that generally Hippo’s will live to only about 40 years old, but with Mama Malee, the Dusit Zoo have taken such good care of her. At the age of 52 years old, she is about 80 years old in human years. The Khao Kheow zoo will be hosting a celebration to the public for the arrival of Mama Malee as she is greatly loved by the Thai people, the zoo will announce the information as soon as the date is set. Visitors and Mama Malee Fanclub can visit Mama Malee today at the Khao Kheow Zoo every day at the Hippopotamus show area. The hippopotamus is a large-sized semi-aquatic animal with origins from Africa. They are noted to be one of the most dangerous mammals on earth with massive jaws and powerful tusks, but luckily this is not the case with Mama Malee. They can weigh up to 2-4 tons when full grown, one of the most unique facts about the hippo is that they excrete red sweat from their skin that looks like blood to protect against flies and to keep their skin moisturized in the wild.

FB Caption: Mama Malee has been sleeping and rolling around in the water cheerfully since the arrival, it seems that she likes it at Khao Kheow Open Zoo. 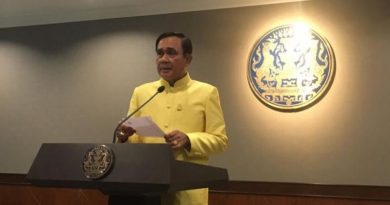