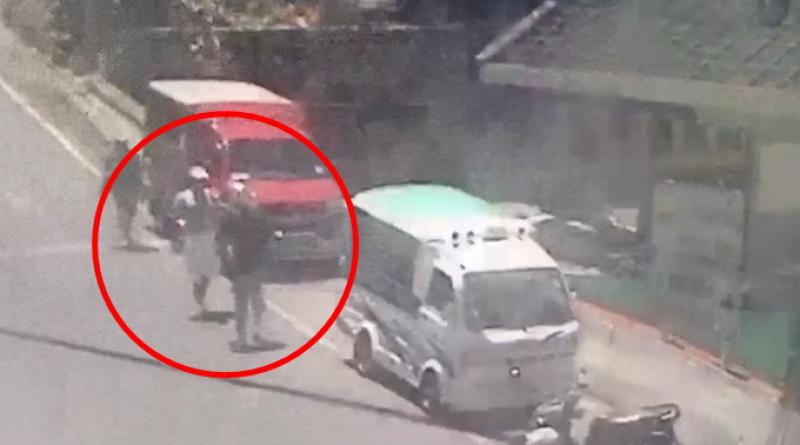 PHUKET police are hunting for a western thief who was videotaped by a security camera snatching a handbag from a Chinese toruist couple in the middle of the island, Sanook.com reported this morning (March 12).

Police have already obtained an arrest warrant for this suspect and believe he is still in this area.

The theft occurred on March 9 at 10. 45 a.m. with Mr Yang, 24, and his wife telling police that they came to Karon area of the tourist island with 4 friends but separated to go and look at the view.

Just then the thief, who they said is probably not a Thai, drove pass on a black Honda motorcycle, parked it a little way in front, came back towards them, drew a knife and yanked the pink handbag with a leopard design and zoomed away.

Mr  Yang said he and his wife do not remember the license plate number, and easily let go of the handbag because they were startled.