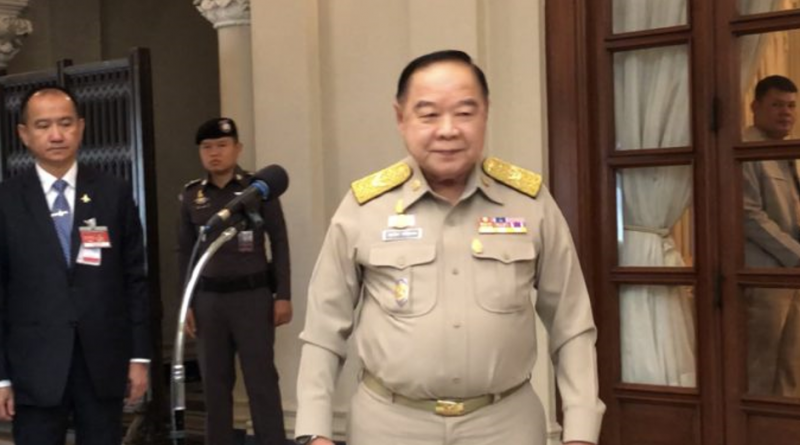 DEPUTY Prime Minister and Defense Minister Prawit Wongsuwan said today (March 12) that he does not know anything about the new Palang Pracharat Party getting ready to invite Prime Minister Prayut Chan-o-cha to be its adviser, the Thai-language daily Matichon reported.

General Prawit also asked the media whether it is at all possible the National Council for Peace and Order (NCPO) to terminates its role and for the government to shift to an acting capacity as the country gears up for an election next year as requested by pro-election activists.

He added that it has already been stated that the road map has been to be followed in every way as stated by Prime Minister Prayut, so there should not be a problem.

Regarding the pro-election activists’ announcement that they will be moving in Hat Yai city, southern Songkhla province, on March 18 and assembling at Thammasat University on March 24, Gen. Prawit said if they want to go they can go but they mustn’t break the law.

Woman finds her own stolen Vespa.