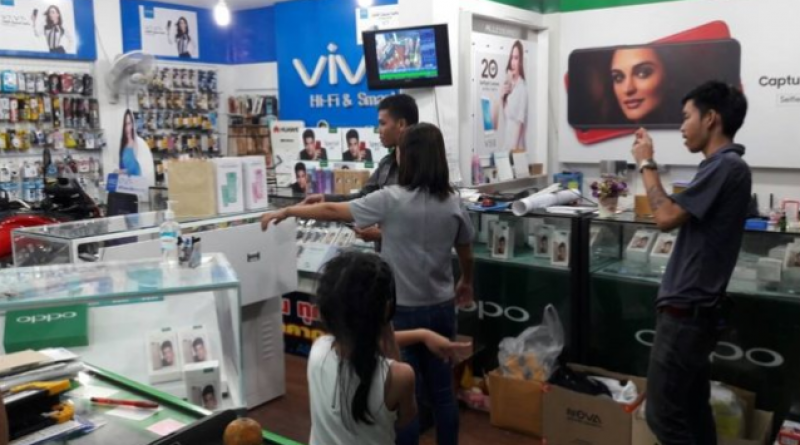 A seven-year-old girl was on local TV in the coastal town of Si Racha this morning, begging a burglar to return her four piggy banks, the Thai-language daily Khao Sod reported today (Jan. 22).

The thief got into the 3-storey shophouse, whose ground floor is used as a mobile phone shop, through the roof around midnight, after the family had gone out for late-night dinner. He took 45 mobile phones worth around 250,000 baht.

The shopowner’s daughter broke down in tears after finding that her four piggy banks were also stolen by the thief.

“Please return them if you can,” the teary-eyed girl pleaded through a local TV station this morning. “They are my prized possession.”

Top: The seven-year-old girl who lost her piggy banks and a woman point to counters from where the thief stole mobile phones. Photo: Khao Sod

Below: Image of the thief captured on CCTV. Photo: Khao Sod 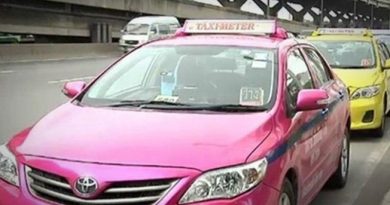 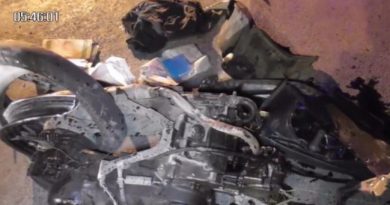