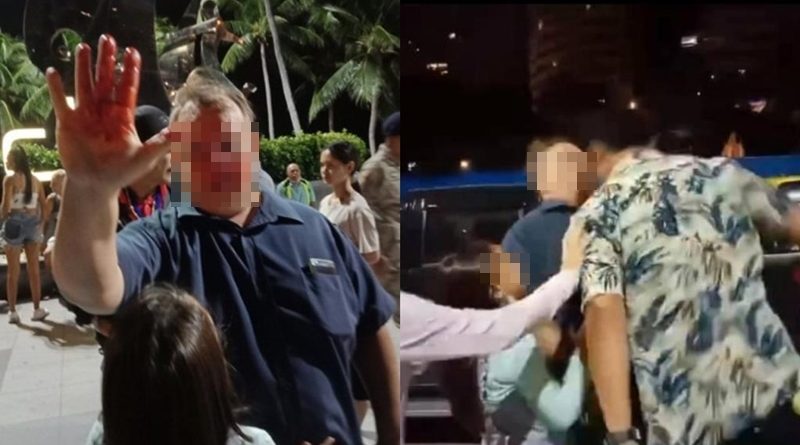 A protester in Pattaya, Chonburi Province was arrested after attacking a Russian man. Narathiwat Kumma known as Ken gave a speech to protesters joining in the fight against the Thai government. The local Pattaya protest on 9 November 2020 took place on Jomtien Beach. Ken was speaking to the protestors in English and Thai. This is when Wradeefslaf Timokin 52 year old from Russia walked by the protest and listened to the speech. The two men engaged in an argument and Wradeefslaf ended up with a head injury.

Sanook News Team contacted Ken who revealed the Russian man was with a Thai girlfriend and a Thai child. The man walked into the protest and asked why the people were gathered on the beach. The protesters informed the man that the people are gathering to demand Prayut Chan-o-cha the Prime Minister of Thailand, to resign from his position, for a new constitution, and other demands. At first, the conversation went well but then an argument started. The Russian man started commenting that the protesters joining in the battle were all trash. That the democracy activists were pulling down Pattaya and the country. He also stated the protesters were the reason why Thailand’s economy is falling down.

Ken tried to inform the man that Thailand’s economy has been bad for a long time. Then Wradeefslaf stated the economy didn’t affect him. Ken asked if he could afford to have a meal that cost 1,000 THB every day. This question made the man angry and he started pointing at Ken saying the protesters were all trash creating problems for the people. Ken informed the man that the protest was taking place on Jomtien Beach and not all over Pattaya. The man started losing his temper and called protestors a virus to the economy. Both parties started arguing and Ken lost his temper which resulted in the injury.  Ken has been arrested and delivered to the Pattaya City Police Station.

FB Caption: The Russian man stated the protesters are a virus to the Thai economy. 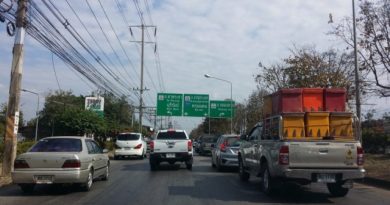 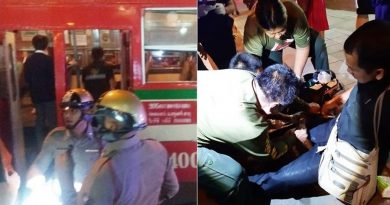