A son believed his mother won the lottery and decided to ask for some money. He understood that the mother would not share any of the money and decided to light himself on fire. He then started running looking for water to put the fire out. The son is currently at the hospital in critical condition. Police Lieutenant Wanchai Inthip from Denchai Police Station in Phrae Province received notification of a man who burned himself in Ban Mai Jua, Denchai District on 21 January 2020. The rescue team at Somdej Phra Yupparat Hospital was notified.

Pen 60-year-old the auntie of Tossapon 32 year old stated she was having breakfast when she heard an argument. When she looked out the window Tossapon had a blanket wrapped around him and was on fire running out from his home. He ran to a water hose and put the fire out. The home almost caught on fire but Tossapon ran out in time. After the fire went away Pen noticed there were burns all over his body so she notified the police. Officials arrived and found that several items in Tossapon’s bedroom had been on fire. There were pieces of the blanket scattered all over the home. Near the dining table were burnt pants, a pillow, and another blanket.

At the hospital, officials met Sila 64-year-old the mother waiting for her son in front of the Emergency Room. Sila stated to the police that her son is a psychiatric patient because in the past he was a Yaba user. The addiction left him with long term damages. The son often believes his mother won the lottery. The mother tells him that this is not true and all lottery tickets have been thrown away. This time around the son didn’t believe her and asked for proof that she didn’t win the lottery. Sila had thrown away the tickets so there was no proof.

The next day he kept on asking her for a share of the lottery winnings. The mother stated to the son “Son, 99% of the love that I have for you has been changed to hate, the remaining 1% is technically loved because of the word son. This hurt Tossapon and he was also disappointed to not receive any money. The son wrapped himself in a blanket and set it on fire.

FB Caption: She looked out of the window and saw Tossapon covered in flames. 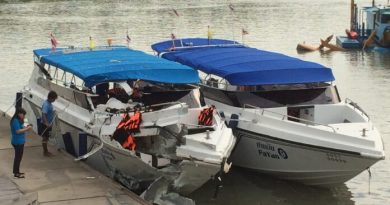 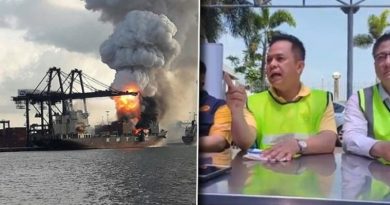 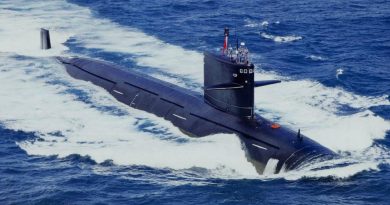