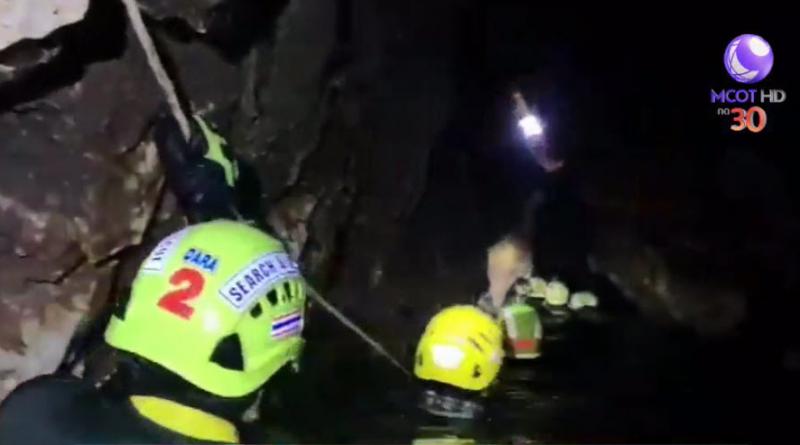 A FORMER Thai Navy Seal died over night in Tham Luang cave where 12 young soccer players and their coach have been trapped since June 23 after fainting while diving out upon completing his task, the Thai-language daily Matichon reported this morning (July 6, 2018).

PO1 (Petty Officer First Class) Samarn Kunan, 38, had taken oxygen tanks into the cave and deposited them at various points around the 3-way junction starting 8.37 p.m. When he finished the task and was diving out, he fainted in the water.

His diving companion gave him cardiopulmonary resuscitation (CPR) but he did not come round, so he brought him to the 3rd hall in the cave and tried again, but he did not gain consciousness and died at 1 a,m.

His body was then brought out of the cave and sent to Fort Mengraimaharaj Hospital while police investigators from Mae Sai station have come in to check and investigate his death.

Meanwhile Thai News Agency reported that rescuers are running a 5-kilometer long oxygen pipe to the point in the cave where the 12 young soccer players and their coach are trapped after finding out that the air within is now thin as a lot of rescuers have gone in.

At around 11 p.m. Mr Nanongsak Osothanakorn, head of the Tham Luang search coordination center, said 3 of the trapped soccer team members are in a weak condition, but not at a worrying level.

The big concern is the goose neck part of the waterway within the cave, because this is 100 meters long and only one person can pass at a time. This means it is extremely difficult for Navy Seals to bring out one of the trapped young team members at a time, with the cave being dark and the currents swift and strong.

Top and below: Rescuers working hard to bring out the trapped young soccer players and their coach. Photos: Thai News Agency 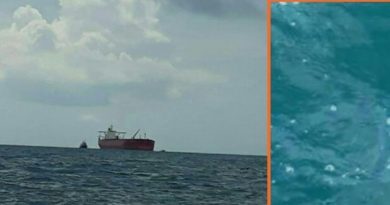 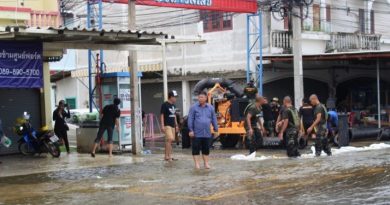