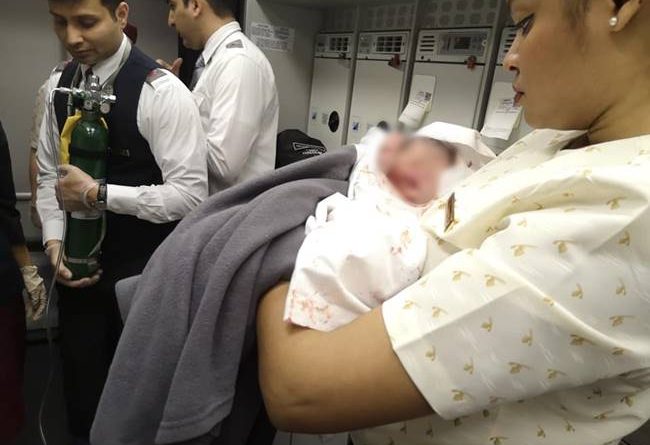 A Thai woman gave birth on a Qatar Airways flight, the newborn is safe and healthy thanks to a doctor on the flight seen holding the baby. The baby came out at an exciting height of 8,000 meters overground. Pictures of the incident were posted on Facebook by user Alena Fedchenko showing the very happy doctor holding the newborn.  Alena is the hero to the story, she helped give birth and saved both the mother and child in this incident.

A female doctor from Ukraine helped a Thai woman give birth to the baby on the plane, TK Media reported on 4 February 2020. The thrilling event took place on a Qatar Airways flight flying into Bangkok, Thailand from Doha, Qatar. The captain announced on the flight asking if there were any doctors on the plane. This is when Alena Fedchenko an obstetrician stood up and started to help the Thai woman who went into labor on the plane right away. Together the 2 women gave birth to a healthy newborn. The plane then made an emergency landing in Kolkata, India where an ambulance picked up the Thai woman and her baby.

The child is now safe and the mother is on her way to a good recovery. Although a new life was born, Alena’s friend revealed that not everyone on the flight was happy with the incident that took place. The plane had to make an emergency landing that took over 2 hours waiting for the ambulance to arrive. Many passengers were unhappy and complaints were made to crew members on board after many couldn’t sleep because the baby was crying. According to the airline rules, women over week 32 of pregnancy are not allowed to fly, it is unclear whether this was a premature birth or not.

FB Caption: Alena helped the Thai woman give birth to a baby at 8,000 meters overground.

Family takes holiday, comes back to home full of monkeys. 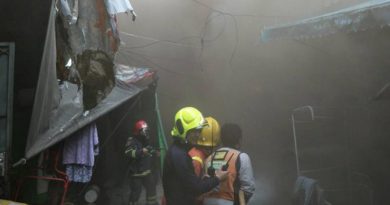 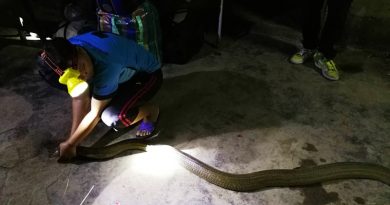