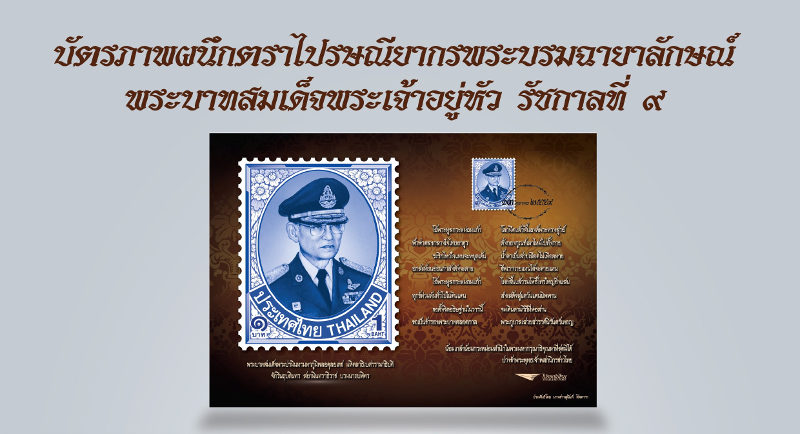 PEOPLE across the nation flocked to register and acquire a free commemorative postage stamp affixed on postcards issued in remembrance of the late His Majesty King Rama 9  today, Thai News Agency said.

A total of 9,999,999 of these special stamps affixed on postcards have been issued for distribution both online and at all post offices across the country with each person entitled to one stamp. Should the total number of people who register surpass the  number of stamps then the postal authorities will ensure that they are widely distributed across the country.

A lot of people in Si Racha, Chonburi, lined up in front of the post office before dawn to get one of these stamps. Similarly at a post office in Hat Yai registering started at 7 a.m. and within one hour over 200 people had registered to get the special stamp.

Those interested in acquiring this commemorative stamp may register from today till November 30 with online registration opened at only http://www.stamprama9.thailandpost.com. For more information please call Thailand Post’s contact number 1545.

Meanwhile the private sector has cancelled all entertainment activities planned for the upcoming Loy Krathong, Christmas and New Year countdown even though the government has announced  that these activities may resume after the ending of the 30-day mourning period on November 14, Thai PBS said today.

However the government did ask for cooperation in running such events appropriately during the 100-day mourning period.

In reaction to the call, some retailers and event organizers said they would continue to mourn the passing away of the late beloved His Majesty the King for a 100-day period or until early March next year.

The Central Group had earlier cancelled all entertainment activities by all companies in its chains on Christmas and New Year. Cancelled events include outdoor beer gardens in front of Central World.

Siam Piwat, a Bangkok based retail and development company, has also announced cancellation of all entertainment activities during the Christmas and New Year season at Siam Center, Siam Discovery, Siam Paragon, Paradise Park, ICONSIAM, and five shopping malls in Bangkok.

The Mall Group likewise cancelled all entertainment activities at its shopping malls during the 100-day mourning period.

Thai Ticket Major additionally announced a refund to those who had already bought concert tickets for shows during this period.

Top: An image of the commemorative postage stamp affixed on a postcard. Photo:  Thailand Post 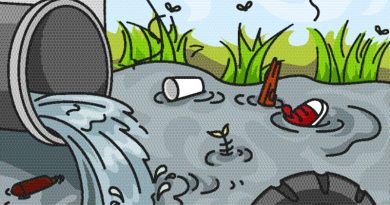 Khlong Ladprao has 3 tons of garbage floating in per day. 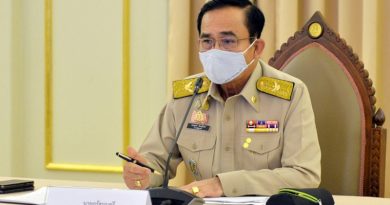 Emergency Situation Declaration to Be Extended for Another Month