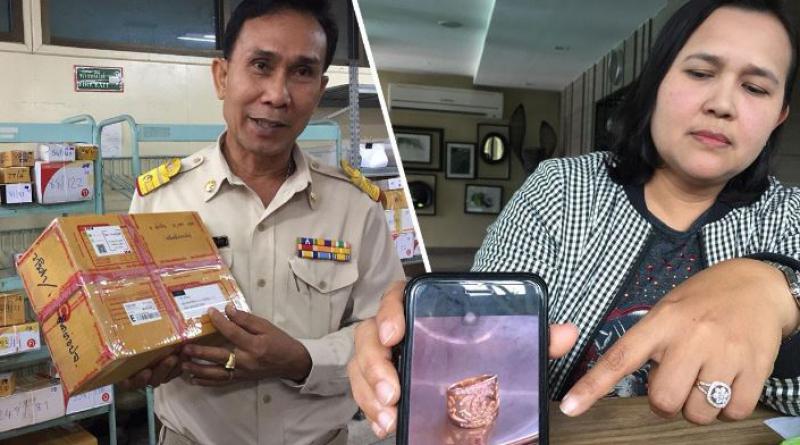 Miss Roong-a-roon Udomkarnkaset is still waiting for compensation from the Thai Postal Office after a jewel ring mailed to her from a jewelry shop in Phetchaburi Province was stolen on its way to her home in Surat Thani Province, the Thai-language daily Thai Rath reported today (Jan 29).

“There was nothing in the package. My ring was stolen,” she added.

Mr Wirote Jaihow, chief of Surat Thani Provincial Office, said he would file a report to his office chief asking him to compensate for Miss Roong-a-roon’s  stolen ring.”

Top: Miss Roong-a-roon shows a photo of the missing ring at right while at left is the chief of Surat Thani post office Mr Wirote. Photo: Thai Rath 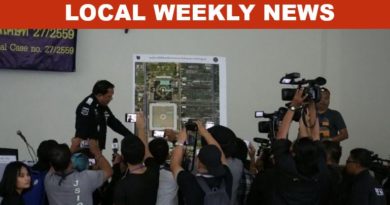