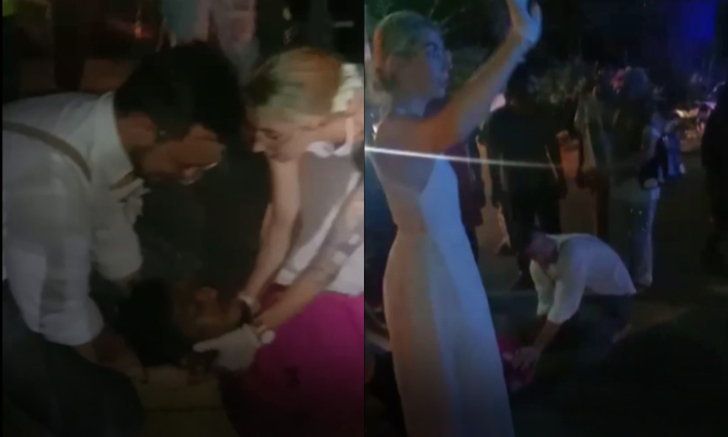 Netizens applaud after a video showing a tourist couple running to help in a road accident went viral online. The bride was in her wedding dress as the couple rushed in to help an accident victim lying on the road. Both are wearing gloves as they communicate with members of the local rescue team. The incident took place on 17 February 2020 when the bride and groom decided to help a 21-year-old accident victim with a broken left leg.

The couple made sure that the victim was safe as they tried to arrange the traffic. The bridegroom holds the victim’s neck in place to prevent any further injury from taking place. Not long after the couple stopped to help the local rescue team in Krabi Province arrived. Together they worked as a team and the victim was delivered to the Krabi hospital in time. Locals notified the Ao Nang Police of what had happened and the local rescue team arrived not long after.

When officials arrived there were 2 vehicles involved in the accident, a Toyota truck and a motorbike. The Toyota truck had a dent in the driver’s door and the motorbike’s front was smashed. The accident took place in Moo 2, Nong Thale, Krabi. The video shows how the couple chose to run down and help the victim without thinking twice about their wedding plans. Hopefully, they made it in time for their wedding plans and everybody in this story meets a happy ending.

Somsak Srijan a tour van driver stated that he went to help the victim when he saw the couple, he was the one who shot the viral video. Somsak used to volunteer for a rescue team so he had some experience of what to do in an accident. From what he heard, the truck was trying to make a U-turn in the middle of the road when the motorbike ran straight into the driver’s side.

After the victim was delivered to the hospital the couple revealed to him that they were on the way to a hotel on Klong Muang Beach for their wedding. They happened to drive by right when the accident happened and instinct told them to help. Together with locals nearby the couple did their best to keep the victim safe before the rescue team arrived. Officials are investigating the true cause of the accident.

FB Caption: They happened to drive by right when the accident happened and instinct told them to help 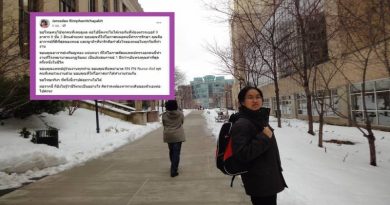 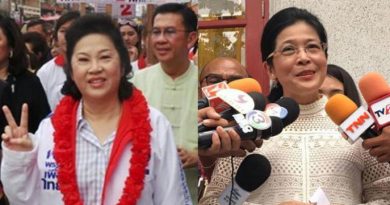 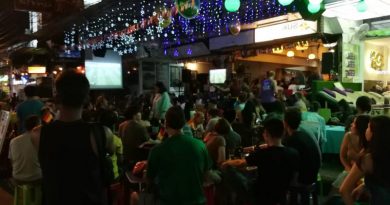