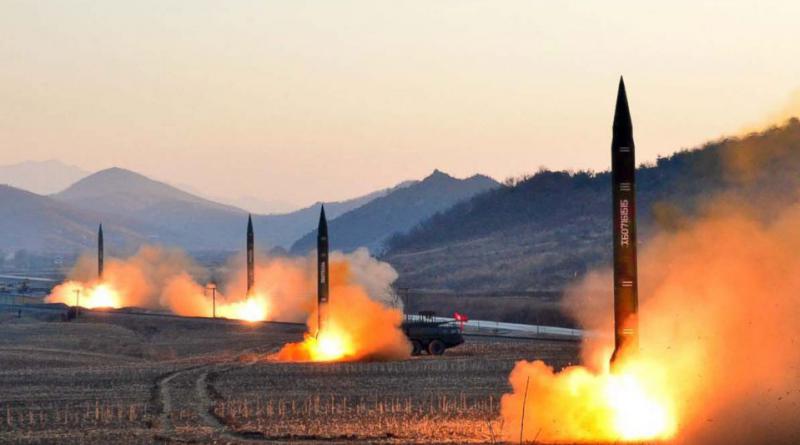 ONE week before US President Donald Trump visiting the Asia Pacific countries and attending the APEC summit in Vietnam, the US Congressional Research Service (CRS) had issued a crucial report, which an analyst says, reveals what actually the US wants to achieve regarding the North Korean issue.

In the latest analysis in a Facebook page under the Thai name “The True Fable of the Legend on Spoof Trick into the Casserole,” the report called “The North Korean Nuclear Challenge: Military Options and Issues for Congress” points to a risk of war in the Korean peninsula sooner or later. The report  says North Korea’s apparently successful July 2017 tests of its intercontinental ballistic missile capabilities, along with the possibility that North Korea (DPRK) may have successfully miniaturized a nuclear warhead, have led analysts and policymakers to conclude that the window for preventing the DPRK from acquiring a nuclear missile capable of reaching the United States is closing.

A key issue is whether or not the United States could manage and deter a nuclear-armed North Korea if it were to become capable of attacking targets in the US homeland, and whether taking decisive military action to prevent the emergence of such a DPRK capability might be necessary.

And that’s why President Trump said during his visit to South Korea early this month apparently sending the message to North Korea that “Do not under estimate us, and do not try us.”  The analyst said that’s more or less elevated the status of Kim Jong Un to a certain level. He said, in this report, CRS identifies seven possible options, with their implications and attendant risks, for the employment of the military to denuclearize North Korea. These options are maintaining the military status quo, enhanced containment and deterrence, denying DPRK acquisition of delivery systems capable of threatening the United States, eliminating ICBM facilities and launch pads, eliminating DPRK nuclear facilities, DPRK regime change, and withdrawing US military forces.

CSR said these options are based entirely on open-source materials, and do not represent a complete list of possibilities. CRS cannot verify whether any of these potential options are currently being considered by US and ROK leaders.

CRS said conservative estimates anticipate that in the first hours of a renewed military conflict, North Korean conventional artillery situated along the Demilitarized Zone (DMZ) could cause tens of thousands of casualties in South Korea, where at least 100,000 (and possibly as many as 500,000) US soldiers and citizens reside.

A protracted conflict—particularly one in which North Korea uses its nuclear, biological, or chemical weapons—could cause enormous casualties on a greater scale, and might expand to include Japan and US territories in the region.

Complicating matters, should China choose to join the conflict, those casualty rates could grow further, and could potentially lead to military conflict beyond the peninsula.

The analyst said after CSR deliberating those (mostly fake) seven options in its report, it then in the end narrowed them to the one that Congress considers the risks associated with the possible employment of military force on the Korean Peninsula against North Korea.

He said in the CSR analysis, the military option (war) is mainly limited to the Korean peninsula and not on the American soil as it said what the costs might be of post conflict reconstruction operations, particularly should a conflict on the Korean Peninsula escalate significantly and the consequences for regional security, regional alliances, and US security presence in the region more broadly.

He said after reviewing the report he felt that this report did not seem to go all the way.  It was released a week before Trump’s visit to this region and normally this type of report should be classified but it’s been spread all over the internet.  “It’s meant to paint the picture to the world that North Korea is a threat to the world’s peace and its neighbors like Japan and South Korea where a huge number of their population might be affected or dead.   With such a fearful picture, it would be easier to ask the UN to put more pressure on North Korea.’’ And also it is therefore “necessary” for the US to bear the burden of the one who has to come in to protect them as the world guardian.

“The US will try every possible way for the war not to be on its own soil and it is obvious in this case South Korea and Japan will have to go to the war together with the US which has already deployed more armed forces, navy force in the region and THAADs in South Korea and anything could happen to trigger war there sooner or later.”

He said the WWI is a good example when the US joined the war at the very last stage (outside the US) while England engaged in the war from the beginning and suffered greatly and that’s why the status of the world leader has since shifted from England to the US.

Top: An undated picture released by North Korea’s Korean Central News Agency on March 7, 2017 shows the launch of 4 ballistic missiles by the Korean People’s Army during a military drill at an undisclosed location in North Korea. Photo: KCNA/AFP/Getty Images via ABC News

Third in-text: Kim Jong Un inspects what is claimed to be a nuclear device in a photo released by state media in September this year. Photo: CNN 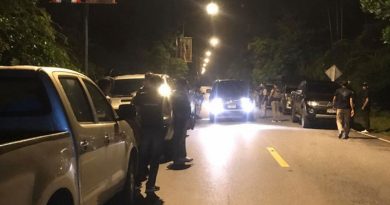 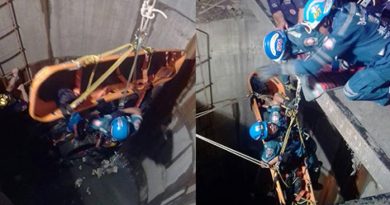 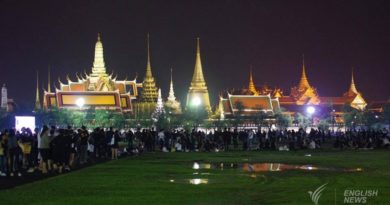