A woman poses as a judge and manages to get millions after claiming she can get villagers jobs in the court. 15 villagers fell victim after the woman went around the village advertising her position and her abilities.  Before securing the position victims had to transfer funds directly into her account. The damages stand at about 2 million THB. Nattapon Jemaah the village chief assistant along with related officials and the victims went to file reports at the Kantang Police Station in Trang Province on 10 October 2022. The woman advertised that she could give them jobs in the court such as secretary, driver, and more.

The villagers grabbed at the opportunities believing that they can have good positions in the court. Before the positions are secured, they would have to pay a fee as insurance. The fees average from 30,000-70,000 THB. The woman guaranteed that they will be able to start working on October 1st. She also had documents that showed the court was looking for new employees in different positions. She claimed that before moving to Trang she was a judge in Pattani Province. Truth was revealed when one of the victim’s contacted officials who revealed there was no judge with that name. The woman has a criminal history relating to fraud. Suspects also stated she had just purchased a brand-new truck.

Wa 48 years old one of the victims stated that she has a daughter who works in Bangkok. As she is getting older the victim wants her daughter to return home. She often saw the fake judge at religious ceremonies and believed she was a good person. The victim borrowed 78,630 THB from relatives. Her daughter quit her job in Bangkok and moved back to Trang. Now her daughter is unemployed and is crying every day. Wa only makes 300-400 THB a day and has no other income. After realizing her mistake Wa tried to contact the fake judge but has received no answers.

FB Caption: The fake judge claimed she could secure positions in the court and villagers had to pay a fee. 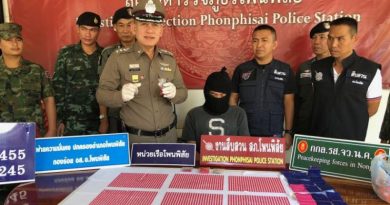 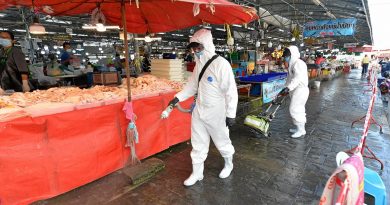