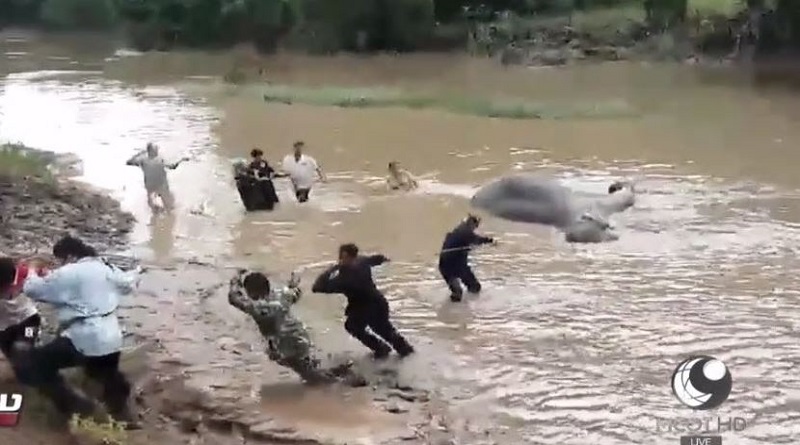 A TEAM of 100 rescuers among whom are locals of northern Phitsanulok province this morning (Oct. 18) successfully pulled a young wild elephant stuck in the middle of a canal since Monday afternoon to the bank, Thai News Agency reported.

Rescuing this young wild elephant, thought to be a male of around 10 to 15 years old, had been very difficult because he had panicked. They have tied him to a backhoe truck as they await elephant experts who are coming here from Lampang today to take care of him.

The young jumbo was in great pain after being soaked in water for almost 48 hours and veterinarians have given him injections to relieve the pain and boost energy.

The rescuers had used the backhoe truck to flatten the canal’s slope so that he could be pulled ashore. 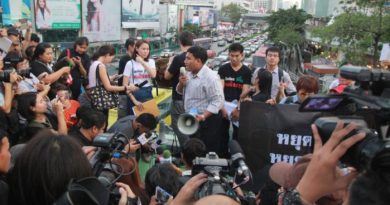 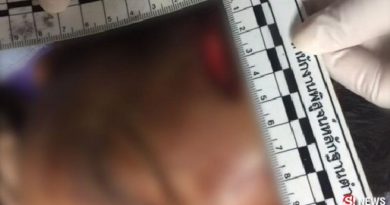 Man held for killing wife in fit of anger 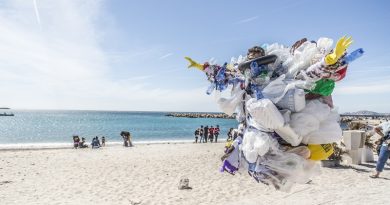 There will be no plastic bags used on December 4th