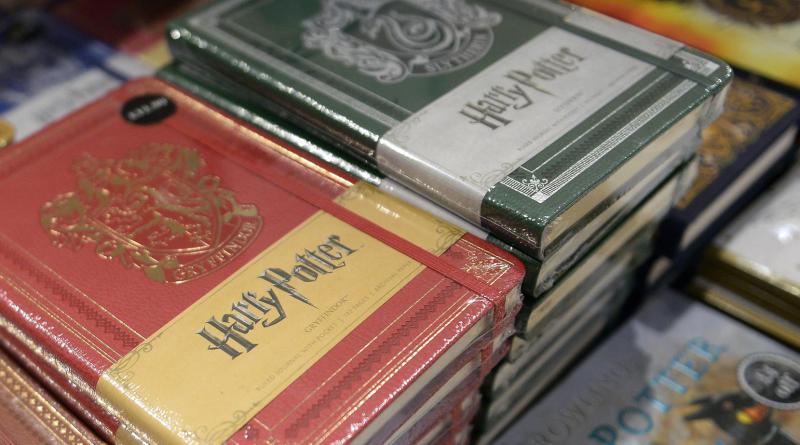 (The Associated Press via CNBC) – A book about marketing or managing employees may be the last thing small business owners want to read on vacation. But some say they’ve found insight they can apply to their companies from the subjects of books they cracked just for the joy of reading — Abraham Lincoln, Harry Potter or a young woman in an alternative universe.

Some of their recommendations: COMPANY PROFILE: 4C Global Logistics, founded in 2012 and based in Lakeville, Minnesota, is involved in the distribution of chemical and agricultural products.

WHAT THE BOOK IS ABOUT: “Team of Rivals,” published in 2005, details how U.S. President Abraham Lincoln put together a Cabinet that included politicians like Secretary of State William H. Seward and Treasury Secretary Salmon P. Chase, whom Lincoln had defeated for the Republican presidential nomination. Lincoln encouraged his team to put aside their animosity toward him and each other while the Civil War was being waged.

WHY NELSON RECOMMENDS IT TO BUSINESS OWNERS: “Building and running a business is about relationships and bringing great minds together from all different backgrounds to be successful. Lincoln listened to people, he understood their motives, and genuinely cared. He had passion in everything he did and always refused to quit regardless of others’ actions.”

HOW IT HAS HELPED HIM IN BUSINESS: “When times get tough, which they always do as a business owner, that book helps to keep me going and realize if I stick to the course and treat all people well, good things will come in the end.” WHAT THE BOOK IS ABOUT: “The Handmaid’s Tale,” published in 1985, is set in a society where women are subjugated and placed in classes. The main character is in a class called Handmaids, forced to bear children for infertile couples.

WHY PALANDECH RECOMMENDS IT TO BUSINESS OWNERS: “The fact that is set in a dystopian world where women are trophy wives, servants, or of breeding stock provides anyone reading it with a powerful feminist message. I think this message is particularly important to women entrepreneurs, founders, and business owners who have daughters.”

HOW IT HAS HELPED HER IN BUSINESS: “It helps me in business to recognize that my experience and my voice are relevant and important. I might not be saying things the way business folks in my industry are saying them, but that can still be a real asset.” BOOK: “The Martian,” by Andy Weir.

COMPANY PROFILE: LeaseQ, founded in 2011 and based in Burlington, Massachusetts, is an equipment leasing and financing company.

WHAT THE BOOK IS ABOUT: “The Martian,” published in 2011, is about Mark Watney, an astronaut stranded on Mars, and the mental and physical processes he goes through to survive and get back to his fellow space travelers.

WHY TIREY RECOMMENDS IT TO BUSINESS OWNERS: “It makes you think about who you’ve got in your corner, who you can depend on when things get tight — if there are changes in your industry, who’s going to sit down, not get panicky and get things done.”

HOW IT HAS HELPED HIM IN BUSINESS: “Our company was stuck in a small business no man’s land where we had to hang on long enough to show investors that we have a powerful business model with significant potential. In “The Martian,” Watney took help wherever he could find it and had his crew, NASA, and even the Chinese space program lend a hand. So I thought, ‘what the heck’ and followed suit by inviting employees, angel investors, and partners to lend a hand.” COMPANY PROFILE: YourBestFit, founded in 1996 and based in Boynton Beach, Florida, provides health, wellness and fitness services to individuals, organizations and companies.

WHAT THE BOOK IS ABOUT: Published in 1946, “Man’s Search for Meaning” is about Frankl’s experiences in the Auschwitz death camp during World War II and his belief that life has meaning even in the worst circumstances.

WHY KING RECOMMENDS IT TO BUSINESS OWNERS: “Frankl’s message is incredible for overcoming any obstacle, whether personal or in business.”

HOW IT HAS HELPED HER IN BUSINESS: “One low I had was losing a big account. That could have been a litigious situation,” King says. “Frankl says, ‘OK, envision the future and what you want it to be.’ I could go to court and the lawyers would make money, or I could just go ahead and (run my business) and make more money.” COMPANY PROFILE: Growth Studio, founded in 2016 and based in London, analyzes companies’ data to help them develop new marketing, sales and other strategies.

WHAT THE BOOKS ARE ABOUT: The books, the first of which was published in 1997, follow the adventures of the young wizard in training Harry Potter and his friends Hermione and Ron as they battle evil and make their way through childhood and adolescence.

WHY FINCH AND JAWAD RECOMMEND IT TO BUSINESS OWNERS: “The three friends get taken through some pretty nasty things, but they overcome the obstacles because they’re together — when you’ve got a partnership or other people working with you, there’s a lot more strength, a lot more success,” Finch says.

HOW IT HAS HELPED THEM IN BUSINESS: “When Harry first meets Sirius Black, his godfather who is in the form of a dog, he’s scared of him, but Harry realizes he’s innocent,” Jawad says. “He reminded us of a client who used to be horrific, used to challenge us and we used to think of him as one of the nastiest clients — but it dawned on us, he always had out best interest at heart.” BOOK: “Masters of the Air: America’s Bomber Boys Who Fought the Air War Against Nazi Germany,” by Donald L. Miller.

RECOMMENDED BY: Bryan Mattimore, co-owner of The Growth Engine.

COMPANY PROFILE: The Growth Engine, founded in 1999 and based in Norwalk, Connecticut, is a consulting business helping companies become more innovative and creative.

WHAT THE BOOK IS ABOUT: “Masters of the Air,” published in 2006, is a history of the U.S. Eighth Air Force that bombed Nazi Germany during World War II.

WHY MATTIMORE RECOMMENDS IT TO BUSINESS OWNERS: “For the small businessperson dealing with the sometimes-depressing uncertainties and challenges of building a successful business, this book certainly has a way of putting things in perspective.”

HOW IT HAS HELPED HIM IN BUSINESS: “We had done a bunch of proposals, always competing against other companies large and small, and came in second in all of them,” Mattimore says. “Listening to that book (on audiobooks), I realized, these are such small challenges relative to what these guys were going through.” WHAT THE BOOK IS ABOUT: “Fight Club,” published in 1996, is about dysfunctional men who form a club where members fight; the club evolves into an organization that plans to try to bring down modern civilization through violence including bombings.

WHY HOLMQUIST RECOMMENDS IT TO BUSINESS OWNERS: “‘Fight Club’ makes you think about the words you choose — are they empowering or subtly disempowering? That’s a huge part of the book as I read it.”

HOW IT HAS HELPED HIM IN BUSINESS: “It shows the power of an idea, the impact that one individual can have and when you get more people on board,” Holmquist says. “I have to be careful of the words I choose and the ideas. They can be toxic and can destroy a whole company, or they can be profound, magical and meaning.” BOOK: “The Autobiography of Benjamin Franklin.”

WHAT THE BOOK IS ABOUT: The Founding Father, author, publisher, inventor, diplomat, postmaster and scientist began writing his the story of his life in 1771, but it wasn’t published until after his death in 1790.

WHY GLIENKE RECOMMENDS IT TO BUSINESS OWNERS: “Franklin was self-taught. You have to self-teach to work with a small business — there are not enough resources to cover each role, so each employee must wear many hats and learn new skills.”

HOW IT HAS HELPED HIM IN BUSINESS: “He was very big on self-improvement and would grade himself every day,” Glienke says. “I can apply that to myself and to our products, making sure that we are really creating products that our customers appreciate.”

Top: The Harry Potter series are among recommended books. Photo: Getty Images | Neil Hanna via The Associated Press and CNBC 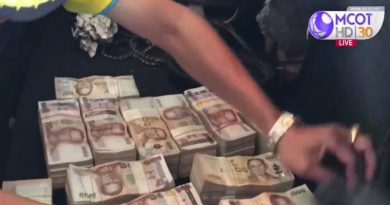 Some cash smuggled across border ‘linked to drugs’