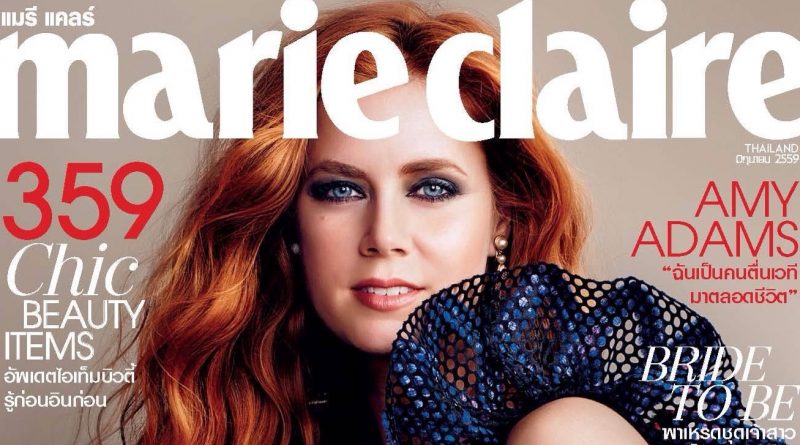 AFTER more than 12 years on the racks, Marie Claire, French magazine printed in Thai in Thailand will publish its farewell edition in April.

Marie Claire joins several others that have stopped the presses on their print editions lately including Seventeen, Cosmopolitan, and IMAGE.

Although famous among fashion addicts, the title found itself in difficult situation as last year at least five fashion magazines stopped the presses due to operating loss. They said among the reasons for the closure is that they could not compete with digital media.

While the magazine industry is facing a difficult time disrupted by the digital media snatching advertising revenue from them, the media sector especially newspaper and TV as a whole is facing even more pressure from both online media and tough competition among themselves.

Newspapers are losing advertising revenue to online media, namely, websites, Facebook, and Line while digital TV channels are competing among themselves as the players have tripled after the launched of these channels while the size of revenue cake stayed almost the same. They also have to bear huge costs of the bidding for the license leading most of them to stay in the red or for well-known operators like BEC , which owned Channel 3 analogue in the past and now operates Channel 3 Family, Channel 3 SD and Channel 3 Hd), suffering from a sharp drop in revenue and profit.

Work Point Entertainment (WORK), a listed firm operating a digital TV channel, looks to be a rare winner in the media sector as its digital TV operation has been doing well. The company reported a net profit of 198 million baht for 2016, up from 150 million baht profit earned the preceding year.

Top: The upper half of the June 2016 edition of the Thai-language Marie Claire magazine which will be folding in April.