A woman had stabbed a grandma over a debt that is 20 years old. The grandma states she has never borrowed anyone’s money and it must be a misunderstanding. The Khelangnakorn Police received notification of an argument with an injured person that took place in the main city of Lampang Province. Officials arrived at a 2-story wooden home located behind the Ban Fon Market. Srirung 58-year-old was waiting for the police and the local rescue team. Srirung is the injured person with a stab wound on the left side of her body. She was stabbed with a fruit knife and the wound was about a centimeter long. The local Amarin Lampang Rescue Team delivered the grandma to the Lampang Hospital.

A fruit knife was found nearby where Srirung was waiting for officials. The grandma stated there was a 45-year-old woman named Duen who had stabbed her. Duen is from the village located across from Srirung’s home. The woman crossed the road and walked directly to the grandma, she then started shouting asking for 40,000 THB. The woman claimed Srirung had borrowed the money from her a long time ago and would not pay her back. The grandma told Duen that it must be a misunderstanding as she has never borrowed money from anyone. The woman would not stop shouting and insisted Srirung would have to give her the money. After a while, she pulled out a fruit knife and stabbed the grandmother.

Duen remained in front of the victim’s home even after the stabbing. Police helped calm her down before taking her to the Khelangnakorn Police Station. Duen stated to the police that she has been on bad terms with Srirung for over 20 years. Srirung had borrowed 40,000 THB from her and never returned the money. She decided to ask for the money back 20 years later but the grandma would not admit to the debt. Because of this, Duen pulled out a small knife and stabbed Srirung. What do you think is the truth behind this case?

FB Caption: Srirung stated she has never borrowed money from anyone. 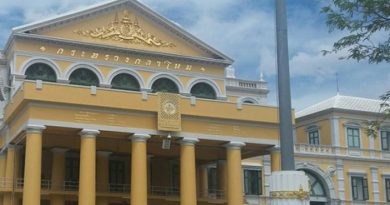 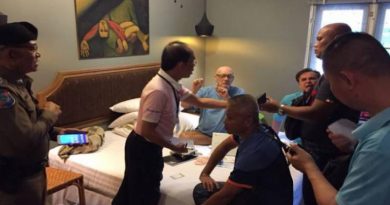 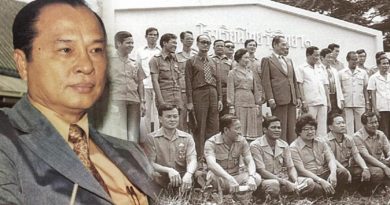