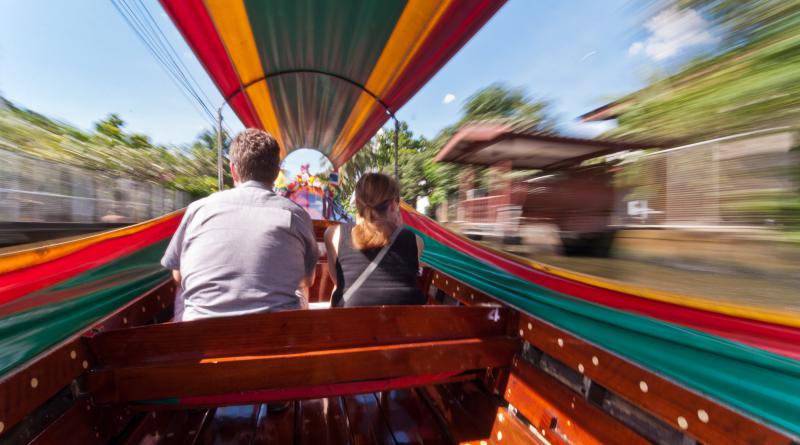 General Prayut, who is also the head of the National Council for Peace and Order, said the government’s target is to increase tourism revenue by 10% in 2018 taking the total to 3.03 trillion baht but it will still be using various measure to draw quality tourists who spend more time here.

Some foreign surveys, particularly MasterCard’s  second Asia Pacific Destinations Index released recently, have shown that Thailand is a destination where tourists get good value for money for long holidays with this particularly applying to Bangkok and helping the government realize its goal.

As next year is Amazing Thailand Year 2018 the government has joined hands with the private sector, tourism business operators, department stores and airlines in arranging various activities where goods and services will be offered at special price. The Prime Minister urged all Thai provinces to lift their unique identities be it geography or local wisdom and culture as a selling point so that tourists might opt for an alternative destination and link this up with neighboring provinces or countries.

This would increase their income and would also boost the national economy, he added.

A report published by traveller.com.au  on June 1, 2017 gives details of MasterCard’s second Asia Pacific Destinations Index, which is an in-depth look at tourism trends within the region,  ranking 179 cities and islands according to total number of international overnight arrivals, where they come from, how much they spend and the total number of nights spent at each.

It’s big business. In 2016 the Asia-Pacific region welcomed 339 million international tourists who spent a total of US$245 billion. Tourism now contributes 8.5 per cent of Asia Pacific GDP. As a percentage of regional GDP and numbers employed, the Asia Pacific is the world’s largest tourism industry.

In terms of the source of tourists visiting Asia Pacific destinations China is the muscular giant. It’s also an ever growing presence. In 2009, China contributed just 6.3 per cent of the region’s tourist numbers. By 2016 that figure had grown to 16.2 per cent. No other country has recorded anything like that year-on-year increase. Over the same period Japan’s share has shrunk significantly, from 9.9 per cent in 2009 to 5.5 per cent in 2016.

Australia’s share as a contributor of tourists to the Asia-Pacific region has also contracted slightly, from 4.6 per cent in 2009 to 4.1 per cent in 2016. However the number of Australians visiting destinations within the region over the same period has increased significantly, from 8.3 to 13 million, an indicator of just how large the Asia-Pacific tourism pie has grown.

China is also the main source of tourists visiting Sydney, accounting for 17.6 of the city’s total number of visitors, a 20.5 per cent increase over the previous year.

This Asia Pacific data is part of the much broader MasterCard Global Cities Destination Index, the seventh edition of a comprehensive survey that ranks 132 cities by overnight international visitor numbers, where those visitors come from, total visitor spend, purpose of visit and rate of growth in visitor numbers.

Note that the Global Cities Destination Index figures are projected rather than actual, released late in 2016.

The Thai capital also recorded one of the biggest increases in numbers among the most popular world cities, expected to welcome 9.6 per cent more international visitors in 2016 than the previous year. Neither the number nor the rate of growth are surprising considering that Thailand is the number one destination for Chinese travelers heading overseas, and that figure is staggering.

Trailing London is Paris and, just off the podium, Dubai. Ten of the top 20 are in Asia, nine are in Europe assuming that classification includes Istanbul, with New York as the only contender from the Americas.

Caution is needed since the data is a projection of international visitors who stay in the destination city for at least one night. That definition excludes domestic visitors, and therefore these statistics are not a true refection of actual visitor numbers. For example Las Vegas sees more than 40 million visitors each year. Since the vast majority of those visitors are from the USA, Las Vegas does not figure even in the rankings of North America’s top 10 destination cities for international visitors. However Boston, with just 1.74 million foreign visitors expected in 2016, does.

The index also lumps business travelers in with those who are in town for leisure. Only 14 per cent of those who visit Bangkok are there for business while the same figure for Kuala Lumpur is 27 per cent. Even more surprising, almost 30 per cent of the 18.03 million visitors projected for Paris in 2016 describe “business” as the purpose of their visit. The total number of foreign tourists who visit Paris purely for leisure is therefore a slightly less impressive 12.7 million. Among the top 20 cities only Shanghai sees a higher proportion of business travelers.

Over the period from 2009 to 2016 the list of fastest growing cities in terms of visitor numbers is dominated by Asia, with southern and eastern Asian cities occupying 14 of the top 20 places.

None of the cities in the top 20 was projected to record negative growth in 2016. Hong Kong was expected to limp in with just 0.2 per cent more visitors for the year yet overall the appetite for visiting the world’s most popular cities shows no sign of slackening.

Top: The view from inside a long-tailed boat as it speeds through the klongs (canals) on the Thonburi side of Bangkok. Photo: Mark Fischer (CC-By-SA-2.0) 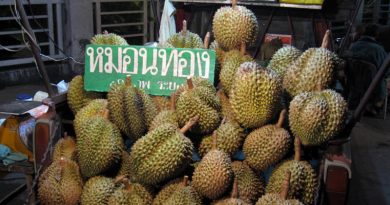