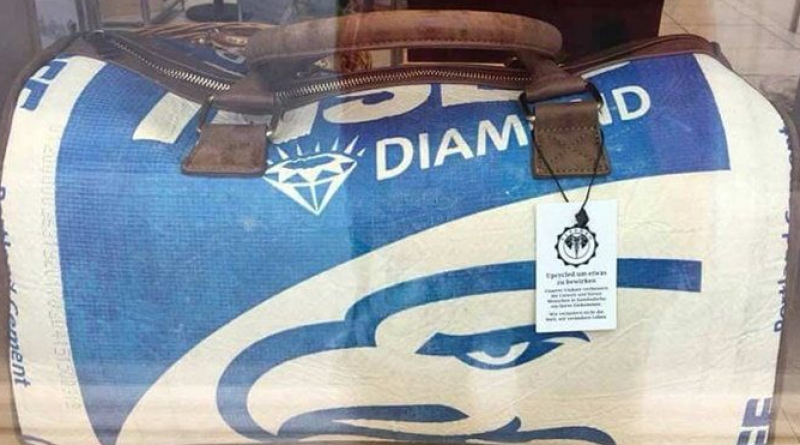 ROCKING the social media world are photos of travel bags made from Thai cement bags which a Swiss brand owner produced after importing these discarded cement bags from Cambodia, Sanook.com reported today (Feb. 27).

Lots of these cement bags are discarded on Cambodian roads, and the Swiss businessperson, who operates a shop called “Elephbo”, upon seeing the mess, reused and converted them into something useful.

Photos of these interesting travel bags went viral after they first appeared on “Nak La Net Idol Return” Facebook page. The page owner said friends in Germany sent these photos and said these travel bags made from Thai cement bags are being sold in stores there. A seller at a German store told them that they are from Cambodia and are a well-received fashion item with the most expensive recycled travel bag costing almost 15,000 baht in Thai currency.

These photos show that the recycled travel bags come in many sizes and they look unique and interesting.

Shoppers in Zurich, Switzerland, voiced a lot of opinions about these cement travel bags with a Facebook user, Natty Knecht, mentioning that Cambodians are getting income from converting paper and garbage bags into design items.

Top, in-text and below: Travel bags made from Thai cement bags. Photos: Sanook.com 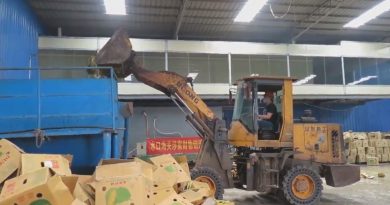 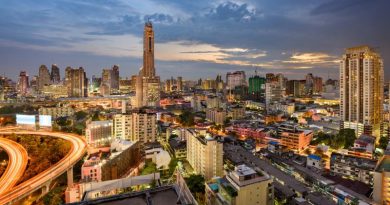 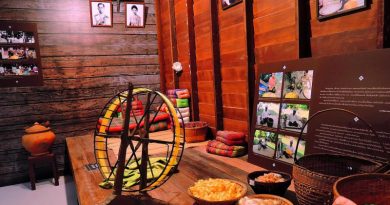