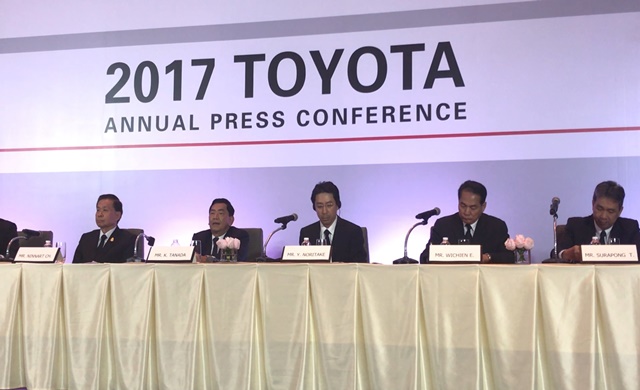 Kyoichi Tanada, CEO of Toyota Motor Corporation and President of Toyota Motors Thailand, said that his company is confident of Thailand and will continue to invest here despite a dip in overall auto sales last year.

Last year was a difficult year for the auto industry even though there were positive factors, chiefly state spending and steps to boost private investment, but these were negatively impacted by buying accelerating prior to the restructuring of  excise tax rates.

Regarding the outlook of the auto market this year, Mr Tanada thinks this will improve through a positive factor kicking in which is the first-car scheme reaching the five-year mark as well as a boost through state investment and the introduction of new products by many manufacturers.

For this reason Toyota expects total sales to reach 800,000 in 2017 with this being an increase of around 4.1% from the previous year.

Toyota has set a target to export 282,100 completely built vehicles this year worth 156.785 billion baht with this being a drop of 11% from last year mainly due to the impact of the situation in the Middle East which is an important export market.

Mr Tanada added that this year is the 55th year Toyota is doing business in Thailand and it will continue to boost its research potential and improve capacity to match market changes.

He stressed that he is confident of Thailand which is one of Toyota’s most important manufacturing centers in the world and his company is ready to further invest here, including raising the manufacturing level and supporting technology transfers so that Thailand grows and develops continuously. 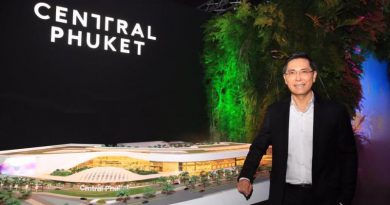 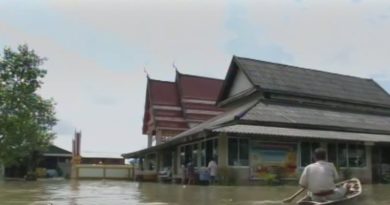