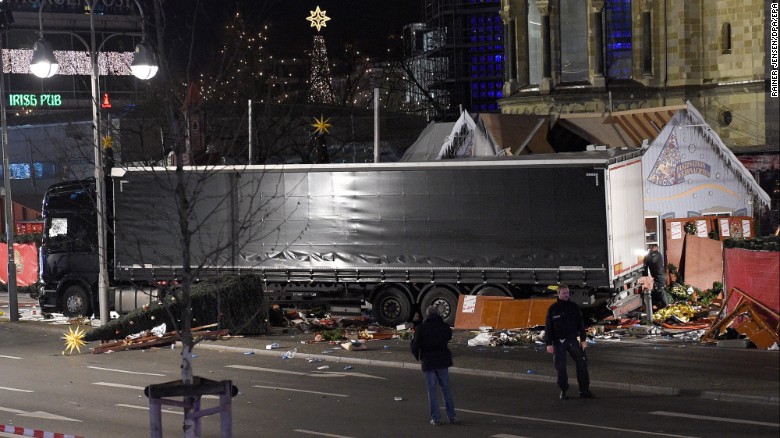 Berlin (CNN) — A tractor trailer barreled into a crowded Christmas market in Berlin on Monday night, killing 12 people and injuring 48 others. Witnesses said shoppers screamed and dropped packages and glasses of mulled wine as the truck plowed into the market.

Officials are investigating the crash as an act of terrorism, according to a German intelligence official familiar with the matter.

After a tip, Berlin police arrested a man on foot about a mile and a half away from the crash site. Authorities are working to determine whether he is linked to the case. Some of the 48 people in the hospital have serious injuries, Berlin police tweeted.

The truck that was involved in the crash at Breitscheidplatz, in the western part of central Berlin, had Polish license plates, police spokeswoman Kerstin Ziesmer said. Berlin police tweeted that a passenger found dead in the truck was a Polish citizen.

Ariel Zurawski, owner of the truck company, told TVN 24, a private Polish television news network and CNN affiliate, the truck, carrying a steel shipment, may have been hijacked.

Zurawski said his cousin – the truck’s regular driver – couldn’t have been behind the wheel.

“My scenario is that they did something to him and hijacked this truck,” he said.

Witness Emma Rushton told CNN that the truck didn’t slow down. She said the truck was traveling about 40 mph through the crowded pedestrian area.

“There’s no way it was an accident,” Rushton said. “We saw at least 10 people injured and lying on the ground.”

In September 2014, an ISIS spokesman similarly encouraged such attacks, saying of ISIS’ enemies, “Run him over with your car,” according to Bergen.

Inset: A Christmas tree lies next to the truck. Photo: CNN 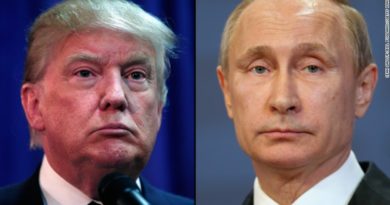 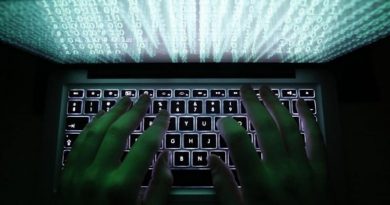