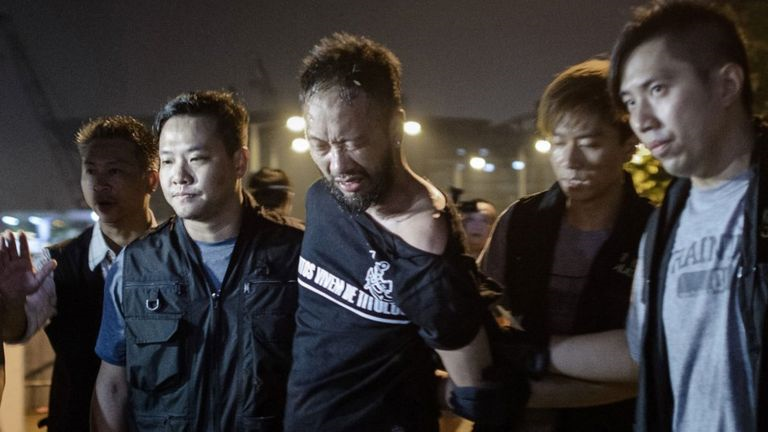 (BBC) – Seven Hong Kong police officers have been jailed for two years each for beating a handcuffed protester.

The group were convicted on Tuesday of assaulting social worker and activist Ken Tsang as he took part in the 2014 pro-democracy rallies.

TV cameras caught the officers removing Mr Tsang from the protest area to a nearby park and kicking and punching him as he lay on the ground. The incident, at the height of the protests, caused public outrage.

Police in Hong Kong are generally well-respected and incidents of police violence are rare, though there were accusations of heavy-handedness during the protests.

The 2014 protests saw 79 days of student-led demonstrations and street occupations by protesters seeking freedom from mainland Chinese intervention in elections for the territory’s leader.

Defence lawyer Lawrence Lok had argued that the protests had affected police morale, saying that one of the officers who watched the violence had been physically and verbally abused by protesters.

But in sentencing, Judge David Dufton noted the men had been working under “immense stress” but that there was “no justification” for their actions.

The “vicious assault” had “brought damage to Hong Kong in the international community,” he said.

Tuesday’s ruling said Mr Tsang suffered injuries to his face, neck and body, but that these did not amount to the original charge of “grievous bodily harm.”

Last year Mr Tsang was himself found guilty of assaulting and resisting officers on the same evening. He splashed an unknown liquid on police and was handed a five-week sentence.

Hong Kong has been part of China since 1997 but enjoys a high degree of autonomy under a principle of “one country, two systems”.

But many Hong Kong locals are concerned about what they see as growing Chinese influence in the city’s affairs, with some activists even calling for independence from China.

Top: The judge said the incident had damaged the image of Hong Kong. Photo: AFP via BBC

Inset: Both supporter and opponents of the officers gathered outside the court for the sentencing. Photo: AFP via BBC 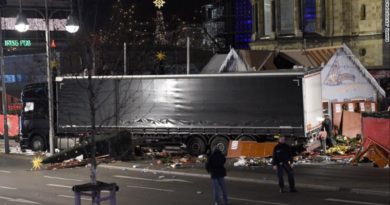 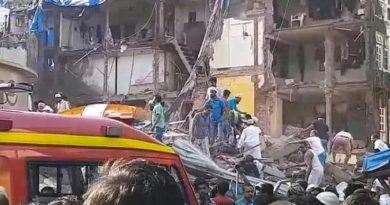 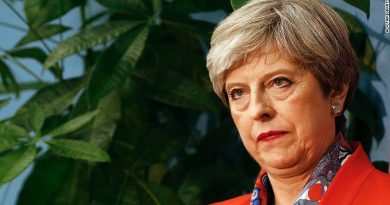