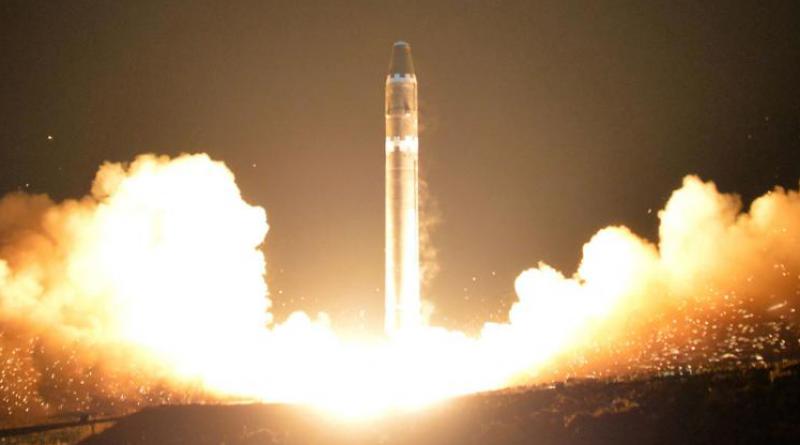 THE progress on both economic and military fronts of both China and Russia has made both countries’ bargaining power in the world politics more powerful as lately been witnessed by the recent phenomena where the US’s dominant power has become less formidable.

In the latest development in the Korean peninsula, the APEC summit and the world diplomacy whereby more countries are betting more on both China and Russia, the US is now in a critical stage of decision making as what to do with North Korea.

Political analyst Pok Pluek Thorarat wrote in his Facebook page that in the past the US used to make any military move on any counties the way it wished without any opposition, like in the cases of Afghanistan, Iraq and Syria. But now the situation is different in the case of North Korea, where both China and Russia felt that they have to contain the US from destroying North Korea as it is their buffer state against the US. China has in particular expressed their strong opposition against the US deployment of its THAAD anti-missile system in South Korea as a threat to its security.

Destroying North Korea is not easy now as it has its own inter-continental ballistic missile equipped with nuclear and hydrogen bombs.  The only pressure the US is exerting at the moment is through pushing sanctions against North Korea via the UN and on its own.

White House National Security Adviser H.R. McMaster said on Saturday after the firing of the latest ICBM by North Korea that Pyongyang represents “the greatest immediate threat to the US” and that the potential for war with North Korea is growing each day. US President Trump has pushed more pressure on both China and Russia on sanctions against North Korea to stop oil and coal supply to North Korea.

He pledged last Wednesday that “additional major sanctions” would be imposed on North Korea after Pyongyang’s latest intercontinental missile test.

Earlier on November 21, the US imposed sanctions on 13 Chinese and North Korean firms Washington accused of helping evade nuclear restrictions against North Korea and supporting the country through trade of commodities like coal.

China has, on the other hand, proposed a plan for solving the North Korea problem. As part of an approach that it calls “suspension for suspension,” China has offered to broker a deal in which North Korea suspends its nuclear and missile programs in exchange for the US suspending its regular military exercises with South Korea, as a prelude to negotiations to eventually rid the North of nuclear weapons. But the Trump administration has repeatedly rejected the suggestion.

Pok Pluek Thorarat said while both China and Russia seemed to agree on the US demand on sanctions but the actual situation is different. He said somehow the oil price in North Korea which had surged recently because of scarcity due to sanction has dropped just lately.

He quoted Yonhap news on Sunday that the prices of diesel oil and gasoline in North Korea showed significant drops this month thanks to their alleged massive supply from Russia. Diesel oil was sold at 6,765 North Korean won (US$0.82) per kilogram and gasoline at 15,990 won. The figures represented respective drops of more than 60% and 25% from 17,500 won and 23,250 won early last month.

Notable is that the declines took place amid UN sanctions on North Korea’s imports of oil products. The UN adopted Resolution 2375, targeting such imports a few days after Pyongyang conducted its sixth and most powerful nuclear test on September 3.

In November 14 news report, the prices of diesel oil and gasoline turned their course from upward to downward, owing to massive imports from Russia, citing a source from the North Korean border province of Yanggang.

Russia so far has not made any response on this.