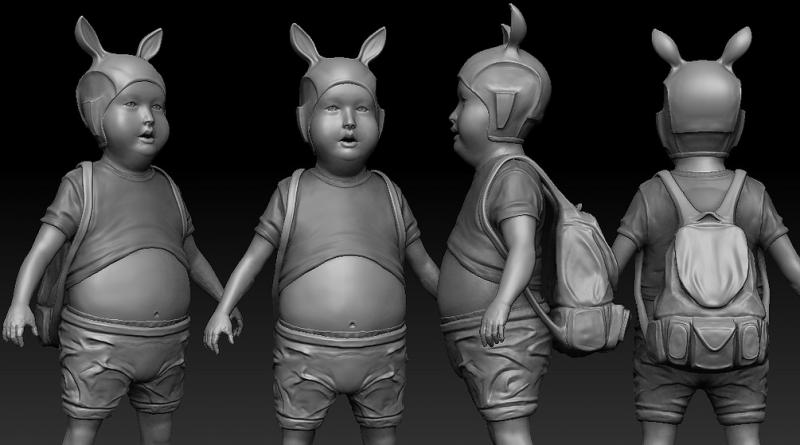 THAIS on average live to be 71, 69 for men and 73 for women. But that’s yesterday’s news. Today’s kids may not make it that far, say medical experts who are alarmed at the explosion of very fat youth.

The number of obese children now is unprecedented, observe doctors and pharmacists working at Pfizer Thailand.

“If this trend continues and it looks likely to, then making old age will be tough for them,” said Dr Nirutti Pradubyati,

Obese children face a host of ailments different from their parents, he said. Some already suffer diabetes, heart diseases and hypertension before reaching adulthood. “Such conditions weaken immune systems, making them vulnerable to many diseases that can cripple or kill,” said Nirutti who marked World Immunization Week recently. He urged the public to take necessary injections to protect themselves as treatment costs is already rising fast.

“The government through the Public Health Ministry provide some assistance but they can do little to stop kids from overeating or halt the intake of junk food and sugary drinks,” he said.

Obesity is a self-inflicted condition, not a disease on the radar screens of doctors.

“We need to review the problems with new solution in mind,” he said.

Dr Nirrutti warns there are many shortcomings of urban lifestyle that harms health. A third of the Thai population live in cities and urban children have become addicted to smartphones, the Internet and fast foods. They live a life of inertia, seldom venturing outdoors and gorge on junk food.

“When confined indoors and lacking exercise, these children and young adults become very overweight and suffer ailments that usually affect seniors,” he said.

“Because they are always indoors, their bones will wither without  sunlight that helps the body produce Vitamin D and calcium vital to  build strong bones and cartilage.

The body replaces bone every 7 years. Without sunlight, people can develop bone deformity.

Also overlooked is the rise in mental health illnesses in the digital age where depression and lack of sleep bring on stress and sometimes suicidal tendencies.

There is currently a false sense of security that Thais will live to a ripe old age. This data is derived from past generations who lived through tougher environment, a leaner and meaner time.

Many of today’s young are protected and pampered and are unlikely to possess the kind of immune systems of past generations.

“Immunization through vaccinations is one way to cope with the challenges,” he said. “But kids have to do their part to know when to disconnect from phones, eat decent meals and exercise:” “I do not see a very sharp reversal in longevity. But we could have reached its peak,” Nirutti said. “It is fair to say we probably won’t see the new generation break ageing records.”

At the same time it is hard to verify whether the longevity studies are accurate as they usually do not include deaths by suicide or road accidents.

“Lack of data collection and proper evaluation are problems for the medical industry to gain clarity about the effects of modern Thai lifestyles,” said Luksanawan Thangpaibool who heads Pfizer’s vaccine unit in Thailand and Indochina.

International travel is also bringing in new health threats to Thailand. As arrivals jump to 37 million visitors, the risk of an outbreak of a disease from foreign lands such as SARS, Avian Flu, Swine Flu and MERS is inevitable, medical doctors warned.

“It is almost impossible to detect new diseases when they arrive,” said Luksanawan. “Carriers do not show symptoms. Once it spreads, doctors will be struggling to identify something they have never seen.”

“Such are the many challenges facing the Thai medical community, preparing for health hazards,” she said. “Once people are struck down by diseases, vaccines cannot help. This is why immunization is so important.”

The public also cannot expect the government to reimburse everything.

The shortage prompted  singer Artiwara “Toon” Kongmalai to run 2,215 kilometers from Mae Sai, the northernmost point in the country to Betong, the southernmost point to raise money for 11 public hospitals,

“We recognize this problem and do not blame officials for deliberating hard before purchasing new drugs,” said Dr Nirutti. “They have constraints to expand new vaccines in the national immunization program.”

The cost of vaccines is about 1.3 billion baht per year, a small fraction of the budget. Some 40 per cent of the budget goes to pay for the universal healthcare scheme known as the 30-plan baht created in 2002 for the uninsured and poor.

Luksanawan noted most of the vaccines in the state-funded vaccine scheme are aimed at infants and mothers, not elderly and adults who are prone to suffer sicknesses that can cripple or kill. “There has been a big demographic shift that planners need to address before it is too late,” she said. One in 5 Thais are 60 years old or more, and this ratio will increase.

Pfizer has new breakthrough vaccines for Pneumococcal disease caused by Streptococcus bacteria. The disease brings on pneumonia in infants and the elderly, often fatal.

“Another vaccine for meningitis is recommended for people travelling to undeveloped areas and on pilgrimages like the Haj. Meningitis is brought on by unsanitary conditions and overcrowding and can be fatal,” she said.

For the moment they are viewed as second priority and are unlikely to make the national immunization plan yet. These diseases will affect far more people now and in the future, she warned.

“Today one in five people are 60 years old or over. The number of elderly will rise so such Pneumococcal disease infections will rise with it. The number of cases and the cost of treating them will escalate alarmingly.”

“A pneumonia shot costs about 2,000 baht, cheaper than millions of baht to treat each serious case,” she observed.

“Thailand also does not have vaccine production facilities,” she noted. “Transporting supplies of vaccines during an epidemic is critical to save lives. The first responders are actually doctors and nurses are the highest at risk as they constantly face patients.”

“Old diseases once thought eradicated have staged a comeback like polio, malaria and tuberculosis” said Dr Nirutti. “Virus mutate and come back in new forms. Vaccines are among our last lines of defense.” 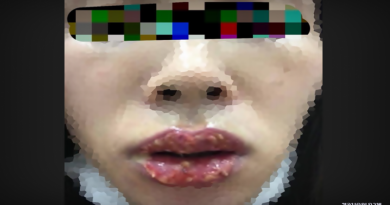