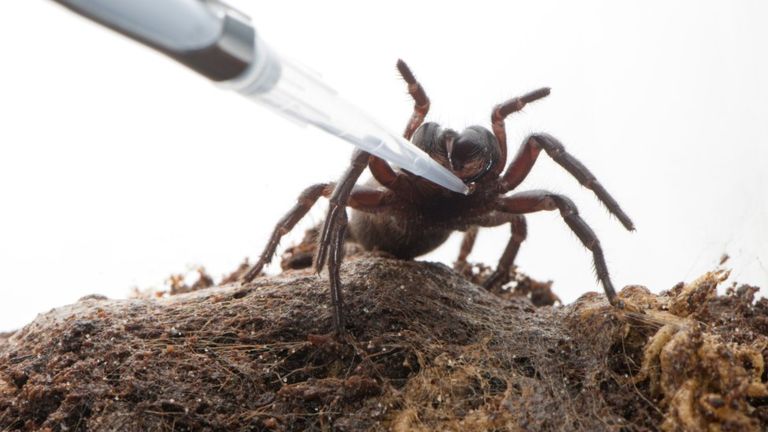 (BBC) – A protein in spider venom may help protect the brain from injury after a stroke, according to research.

Scientists found a single dose of the protein Hi1a worked on lab rats.

They said it showed “great promise as a future stroke treatment” but had not yet been tested in human trials.

The Stroke Association said the research was at its early stages but it would “welcome any treatment that has the potential to reduce the damage caused by stroke”.

The researchers, from the University of Queensland and Monash University, travelled to Fraser Island in Australia to hunt for and capture three potentially deadly Australian funnel web spiders.

They then took the spiders back to their laboratory “for milking”.

This involved coaxing the spider to release its venom, which can then be sucked up using pipettes.

The scientists honed in on a protein in the venom and recreated a version of it in their lab.

They then injected this Hi1a into the lab rats.

They found that the protein blocked acid-sensing ion channels in the brain – something the researchers say are key drivers of brain damage after stroke.

“We believe that we have, for the first time, found a way to minimize the effects of brain damage after a stroke.

“Hi1a even provides some protection to the core brain region most affected by oxygen deprivation, which is generally considered unrecoverable due to the rapid cell death caused by stroke.”

The research was published in Proceedings of the National Academy of Sciences.

Dr Kate Holmes, deputy director for Research at the Stroke Association, said: “We do not have an accurate picture of what happens in human brains from this research, therefore, it is currently unknown if this could be a successful treatment option for humans in the future.

“We welcome any treatment that has the potential to reduce the damage caused by stroke, particularly if this can benefit people who are unable to arrive at hospital quickly.

“Current treatments must be given in half this time period, and it is too early for us to know if this research can offer an alternative for stroke patients.

“We urge for stroke to be treated as an emergency – the sooner a person can get to hospital after a stroke, the sooner the right treatment can be received, which can improve survival and help recovery.”

·       Every two seconds, someone in the world will have a stroke

·       Stroke is the second most common cause of death, causing about 6.7 million deaths each year, one every five seconds

·       Almost one in every eight deaths is caused by stroke

·       The burden of stroke-related illness, disability and early death is set to double within the next 15 years 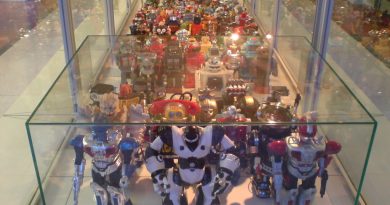